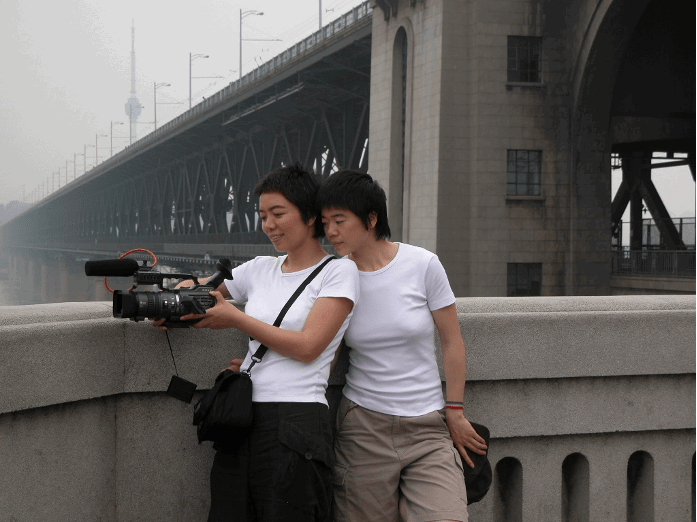 Queer women filmmakers play an important role in the independent cinema of the PRC. Their films represent queer women’s bodies, subjectivities and desires; they also challenge a gay male dominated LGBT movement and inscribe queer women’s desires into Chinese history and the history of Chinese feminism. Leading filmmakers and works include Shi Tou’s Women 50 Minutes (2006), He Xiaopei’s The Lucky One (2011) and The Bad Women of China (2021), He Xiaopei and Yuan Yuan’s Our Marriages: Lesbians Marry Gay Men (2013); Jing Zhao and Shi Tou’s We Are Here (2015), Wei Tingting’s BiChina (2017), Chen Xiangqi’s Shanghai Queer (2019), among others. These films are diverse in their topics, styles and aesthetics. Together, they present the richness of queer women’s histories and the contemporary relevance of queer feminist politics.

In 2021, Queer China UK invited Shi Tou and He Xiaopei to the Transnational Chinese Queer Leadership Programme, talking about their films and their queer feminist politics. The two events were organised by Qiuyuan Chen （秋白） and chaired by Jamie Chi. Hongwei Bao acted as a speaker and discussant on the panel. The following video interviews were conducted in Mandarin and courtesy of Queer China UK.

Shi Tou on her films and queer feminist politics:

He Xiaopei on her films and queer feminist politics:

He Xiaopei and her films on the Women Filmmakers and Transnational China in the Twenty-First Century website:

Shi Tou and her films on the Women Filmmakers and Transnational China in the Twenty-First Century website: