‘Queer is Our Purpose’: An Interview with CINEMQ

CINEMQ, a Shanghai-based queer film collective, writes on its website: ‘walls are our screens; rooftops and basements are our cinemas; queer is our purpose.’ This nicely sums up some of the things that CINEMQ does and the environment in which CINEMQ works. How cool is that! Queer Lens is very pleased to have CINEMQ with us talking about the various cool things they do for Chinese queer film culture and activism. 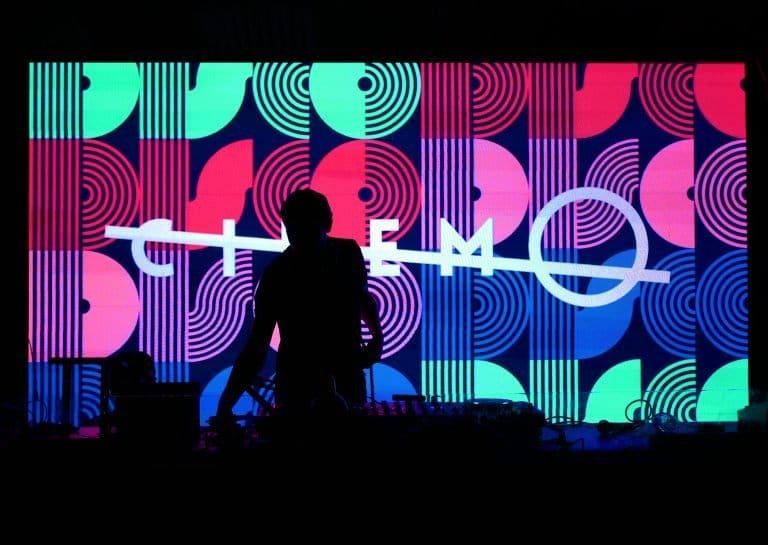 Could you tell us about who you are, what is CINEMQ and how everything started?

CINEMQ (/sɪnˌəmˌkjuː/) is an unrefined queer cinema collective based in Shanghai. We organise events and curate content from around the world, with a focus on Chinese and East Asian queer screen culture. Our main activity is hosting a thematic short film screening and party series, an eclectic mixtape of narrative, documentary, music and visuals from around the world on intersectional queer issues and experiences.

In 2017, we launched CINEMQ zine, a bilingual online publication covering East Asian LGBTQ screen culture and East Asian perspectives on global queer cinema. In 2018, we produced Extravaganza, a documentary on the Shanghai drag scene that has screened at 30 festivals on five continents. Since 2020, we have collaborated with Shanghai Community Radio to produce Queer Screen Chitchat, a Chinese-language livestream talk-show exploring queer and intersectional issues through the lens of screen culture.

CINEMQ was originally launched in 2015 as a collaboration with ShanghaiPRIDE Film Festival, as a means of building a year-round audience for that annual event, whilst also creating an alternative space for the queer community in Shanghai to meet through film. Over time, we developed into a distinct collective, collaborating with various programmers, designers, filmmakers, writers, DJs and others from within the underground arts scene in Shanghai, and exploring different potential expressions of queerness. We are volunteer-led and not-for-profit, and a member of Asia Pacific Queer Film Festival Alliance (APQFFA). 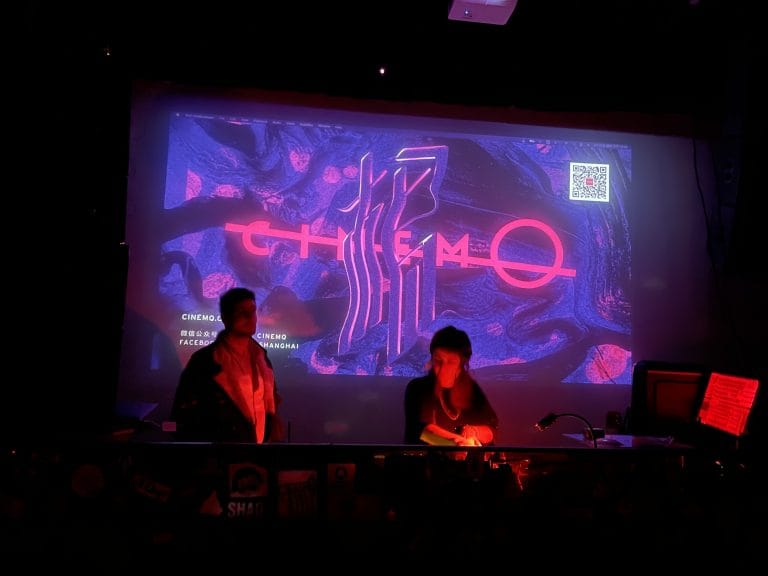 How does CINEMQ develop its programme and reach its audience?

The development of CINEMQ has been a collaborative effort between us and our audience. We try to pay close attention to what people are talking about or advocating for in the local community, nationwide and around the world. We always make an effort to speak to our audience at screenings, to engage with readers of our zine etc. to hear what they are thinking. And of course we have our own ideas and perspectives.

We’re a group of queers and film lovers, and we started from a place of love for cinema, queer cinema and queered cinema. Over time, our ideas have developed, and we’ve learned how to hone in more effectively on specific issues and questions facing LGBTQ+ people. But we still stay true to those cinephile impulses that first excited us, and continue to think about the role film can play in communities.

Cinema can be serious and it can be stupid, sensual and sexy, devious and dirty. It can be art, it can be meme, it can be your best friend and your worst enemy. Cinema in the context of queer activism and organising can be an effective tool in raising awareness or fighting for rights, but it can also reenforce entrenched inequalities. For example, whilst queer cinema is gaining more visibility in a global mainstream, that mainstream is dominated by stories of white cis gay men.

It’s important for programmers or organisers to consider the context of their screening. We would argue that it’s not good enough to just put on a gay-themed film at random and call it representation. If you are standing up as a representative the queer community, then there is a responsibility to figure out what might benefit your audience, to be diverse, challenging, representative, even provocative. This is especially true for organisations who have more privilege in terms of access, funding, security and so on, but everyone should aim to be the best they can be. That’s our approach. You won’t always get it right – we certainly don’t – but it’s important to do what you can to work towards making a better space for all in your community. 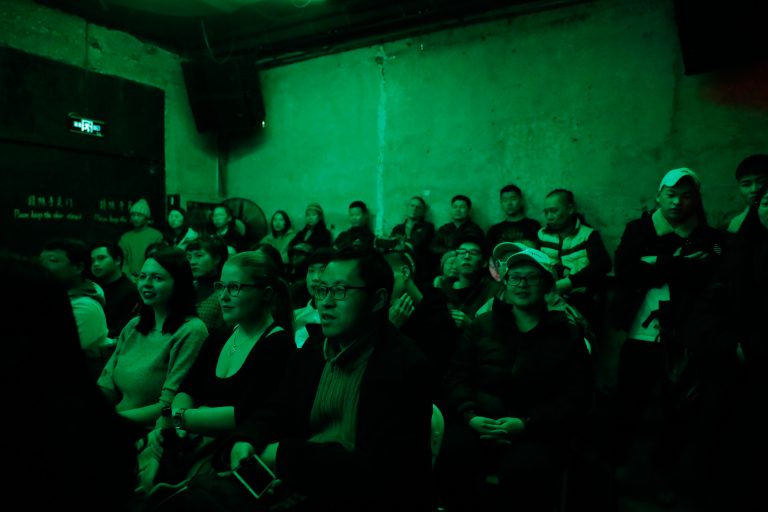 Can you briefly introduce the CINEMQ programme? What are your highlights?

Our film programmes are heavily curated, with each one taking up to a month to put together from submissions, recommendations and invited content. We start with a concept we want to explore and then try to find ways to engage our audience’s thinking on that subject in a way that is challenging but still accessible. Sometimes we have a more general or abstract theme (we’ve done programmes titled FLORA, which celebrated femme and female sensuality, and DRAG), others are more focused on specific issues (for example GLASS, which addressed gender-based violence, and  BLUE, focusing on cinema by black filmmakers, as a response to the racist response of some netizens to Moonlight winning Best Picture at the Oscars [which we also wrote about here]).

A highlight for us from last season was BABEL, which looked at different facets of communication in queer experience, and which we were able to host with accompanying signed-translation with the help of a local deaf organisation. We subtitle all our screenings bilingually, but that night we had our biggest hearing-impaired audience. We don’t currently have the means to do this all the time, but hopefully we can again soon. 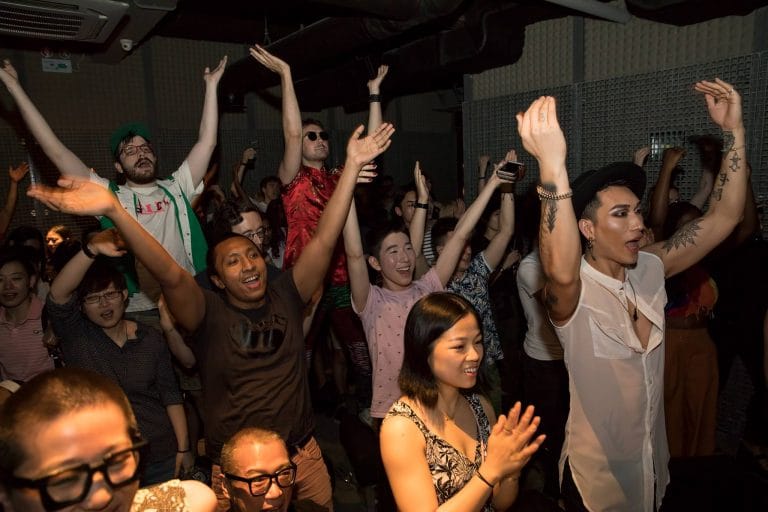 What distinguishes CINEMQ from other queer groups or events in China?

There are many different groups out there in Shanghai and around the country, all doing interesting and impactful work, and we are constantly hearing of new activities and learning new approaches. It is not really useful to think of fellow community organisers as competitors, we are all working towards queer liberation.

Film screenings are great for bringing the community together and sharing ideas, and whilst there are obvious restrictions, there are plenty that happen. CINEMQ has its own style, which perhaps makes us distinct at least in Shanghai. We’re unique in combining films with queer party culture, screening in underground club venues* and with after-parties by local queer DJs. Our approach to programming is also very distinctive. Whilst we do show longer shorts, most content is between 2-8 minutes long. We seek to help our audience find more complex meanings, not just in the individual films we show, but in the spaces between the films, and in the programme as a whole.

*[A note on the venues – whilst not explicitly operating as queer venues, such as gay bars do, there are a number of underground clubs in Shanghai which are read by the community as queer spaces, in that they foster throughs bookings, staff and clientele an open atmosphere for queer expression. This arises in part from the intersection of queer culture, music, fashion and youth culture in Shanghai] 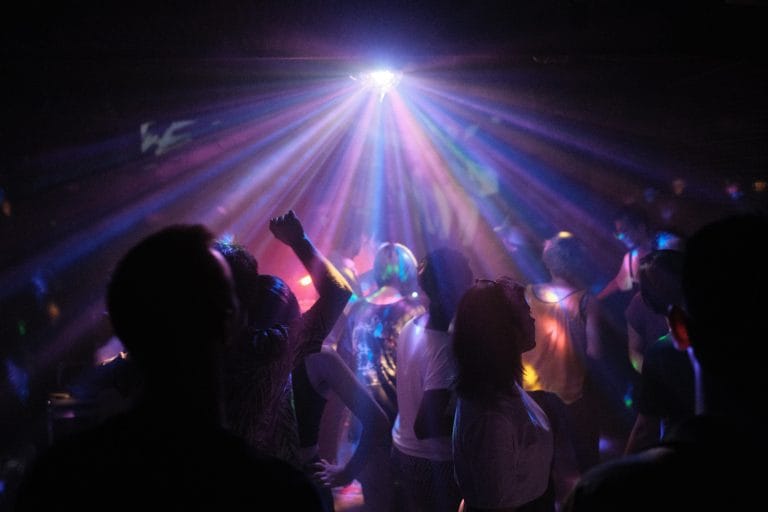 What’s the current situation for queer film production in China? What role do queer films play in Chinese society?

Explicitly and positively queer representation is absent from studio productions, cinemas, TV and mainstream streaming. Queer-coded characters are often negative stereotypes. This is not necessarily reflective of the views of audiences, rather a result of censorship and regulations. There is a huge fandom amongst LGBTQ+ and non-LGBTQ+ audiences for queer content, or queer adjacent content, with trends in areas like BL and drag, but with limits on domestic distribution, much is imported and pirated. Pirating (and especially subtitling networks such as QAFone) are invaluable in the proliferation of queer content. However, this is likely to decrease or become harder as the government continues to clamp down on piracy. This is not an anti-queer initiative, it is to protect intellectual property rights, but has a significant knock-on effect on the LGBTQ+ community.

Queer film production in Mainland China remains firmly independent, although that can mean many different things, depending on access to resources. Films produced by brands or in collaboration with distribution networks have better resources than those produced by charities; those made by students at Beijing Film Academy have better resources than someone shooting on their phone in their spare time. And all the other factors that relate – location, education, network – as to whether a filmmaker gets their work seen, or even picks up a camera in the first place.

Cinema is subjective and reflective. Plenty has been said about minority or marginalised groups seeing themselves on the screen. We would argue that screen culture (film, TV etc) has enormous potential value in improving the lives of queer people, and the fact that content is made and distributed in China, by whatever means, is a positive. But that content needs to be more diverse. Mainstream queer cinema globally still focuses on cis-male, masculine, able-bodied, socially mobile and white characters. If censorship lifted tomorrow in China, would we see diversity in home-grown queer cinema, or would the same privileges be replicated? Filmmakers, distributors, audiences, educators everywhere have a responsibility to challenge this and to push for better representation. Better representation means better stories, and a better lived experience for all.

Can you recommend some resources (e.g. film titles, filmmakers, websites, and books/articles) for readers interested in Chinese and East Asian queer films?

Film festivals are a great way to discover new filmmakers. In Mainland China, the most visible ones right now are perhaps Love Queer Cinema Week (aka Beijing Queer Film Festival) and Shanghai Queer Film Festival. There are many more exciting queer festivals across the region that support filmmakers through screenings, funding and training – TIQFF, &Proud, Indignation, Kashish and Rainbow Reels to name a few. Even if you can’t attend, follow their social media and check out their programmes. Follow filmmakers, activists and critics online. Dive into specialist platforms like Gagaoolala, or even just try searching ‘queer’ on Vimeo – there are some wonderful gems on there, hidden away in plain sight.

How has CINEMQ coped with the COVID-19 pandemic? What strategies have you developed to keep participants safe?

We held a screening early in January 2020, before anyone really knew what was happening, wished everyone a happy lunar new year, and then didn’t see anyone for more than 2 months. It was a very intense time, with a lot of uncertainty and fear, but looking now, and at how serious the pandemic was and continues to be in so many parts of the world, we realise how lucky we were.

So many individuals and organisations stepped-up to help in so many different ways. We would like to give a particular shout out to Shanghai Community Radio (SHCR) a livestream collective that has been around for a number of years, but became a particularly invaluable resource during lockdown. They hosted virtual parties with local DJs, workshops and talk shows, including Queer Screen Chitchat. There is no quick cure for problems of loneliness and isolation, but having access to live culture through platforms like theirs under quarantine was a valuable lifeline.

The pandemic was very quickly controlled in Shanghai. We were back in April as venues began opening, with temperature checks and masks to keep participants safe. Our first screening, to coincide with Earth Day, was about queer perspectives on the climate crisis, titled BURNING. It was important to us to create a welcoming space to return to, but to also continue to invite our audience to engage with challenging issues. We revisited the pandemic thematically this past January with SEBASTIAN, which focused on global queer experiences of ‘plagues’ in the form of both COVID-19 and HIV/AIDS. 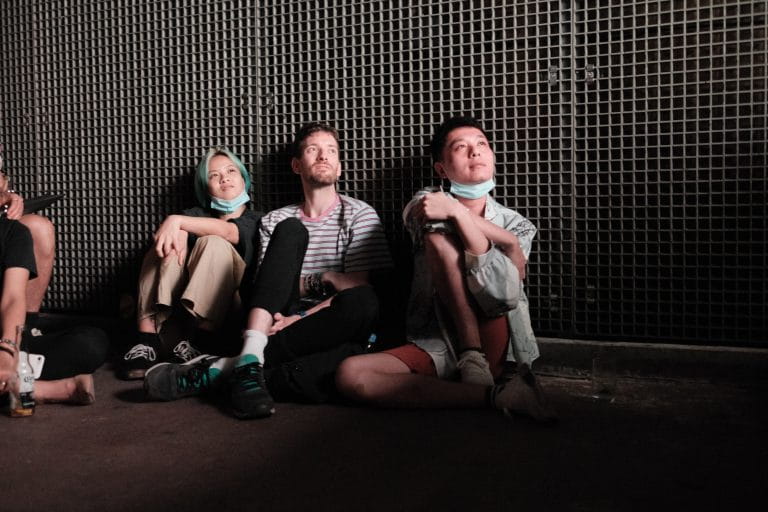 What’s your future plan? How can we learn about more CINEMQ events?

You can stay up to date on everything we are up to by following us on Wechat (ID: CINEMQ), Facebook (@cinemq.shanghai) Twitter and Instagram (@cinemqshanghai). Reach out and touch us – we’re always interested to hear from filmmakers, organisers and queer folk with exciting projects or just something to say. Contact details are on our website cinemq.com. 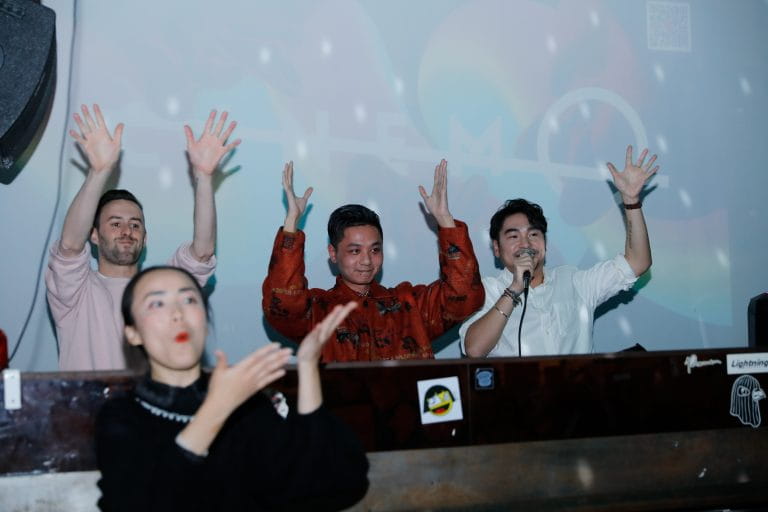