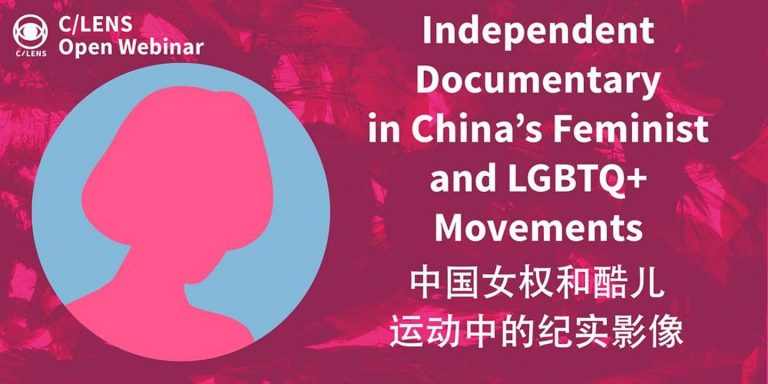 In this webinar organised by C/LENS on 26 June 2022, Dr Zhou Yunyun (University of Oslo, Norway, Dr Zeng Jinyan (Lund University, Sweden) and Dr Bao Hongwei (University of Nottingham, UK) introduced the context, features, key authors and works in Chinese feminist and queer documentary. The key questions of the discussion are: What is a feminist documentary and what kind of ethics should they follow? How are the histories of Chinese queer cinema and independent documentaries intertwined with each other? After the presentations, the speakers answered questions from the audience about the issues of access and documentary ethics.


This is the complete recording of the webinar, including the talks by Zhou Yunyun, Zeng Jinyan and Bao Hongwei and the audience Q&As.


This is Zeng Jinyan’s recorded talk on feminist documentary in China, based on her article titled ‘Ethics and Feminism: Desiring Feminism’ published in Chinese Independent Cinema Observer and specifically recorded for the event


This is Bao Hongwei’s talk on queer documentary in China, based on his article titled ‘The Queer Generation: Queer Community Documentary in Contemporary China’ published in Transnational Screens and specifically recorded for the event.

Dr Bao Hongwei is Associate Professor in Media Studies at the University of Nottingham, UK. He holds a Ph.D. in Gender and Cultural Studies from the University of Sydney, Australia. He is the author of Queer Comrades, Queer China, Queer Media in China and Contemporary Chinese Queer Performance. He co-edits, with Dr. Jamie J. Zhao, the Routledge Handbook of Chinese Gender and Sexuality and the Bloomsbury book series Queering China: Transnational Genders and Sexualities. He also serves on the editorial boards of the British Journal of Chinese Studies, Chinese Independent Cinema Observer and Journal of Contemporary Chinese Art.

Dr Zeng Jinyan is a scholar, writer, and documentary filmmaker. She currently holds a Post-doctoral Fellowship at the Centre for East and South-East Asian Studies at Lund University in Sweden (2021-2023). Zeng earned her Ph.D. at the University of Hong Kong in 2017. Zeng specializes in gender and sexuality, culture and politics, intellectual identity and social activism, and ethnicity, with a particular emphasis on China. Zeng produced and co-directed the documentary films Prisoners in Freedom City (2007) with Hu Jia and Outcry and Whisper (2020) with Wen Hai and Trish McAdam, wrote the script for the short 3D animation film A Poem to Liu Xia (Trish McAdam, 2015), and produced the feature documentary film We the Workers (Wen Hai, 2017).

Dr Zhou Yunyun is a senior lecturer at the University of Oslo, Department of Culture Studies and Oriental Languages, Norway. She is a feminist researcher, a political sociologist, a Chinese Studies scholar, and a fieldwork filmmaker. Her research focuses on gender and politics, feminist activism, political institutions and discourses in contemporary China. Her latest publications could be found in Culture, Communication & Critique, Politics & Gender, and The Made-in-China Journal. She is currently exploring the use of visual ethnography in her research on gender and immigration in Norway.

C/LENS is a Berlin-based, non-profit film curation project that explores the potential of cinema as a space for transcultural dialogues, through the showcase of rarely exhibited Chinese independent films. The curated film series mainly focuses on socio-political issues regarding women, migration and urbanization represented in Chinese filmmakers’ works. By introducing the less known yet vibrant Chinese indie cinema to the European audience, we want to unfold the complex realities of contemporary China with insider perspectives, evoking new reflections through challenging a Eurocentric view.

You can find Zeng Jinyan’s short bio and a list of her works here. You can also read some of Zeng Jinyan’s articles in the Made in China journal.