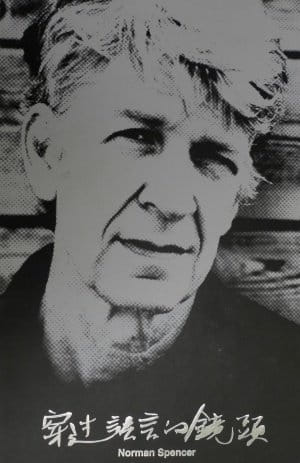 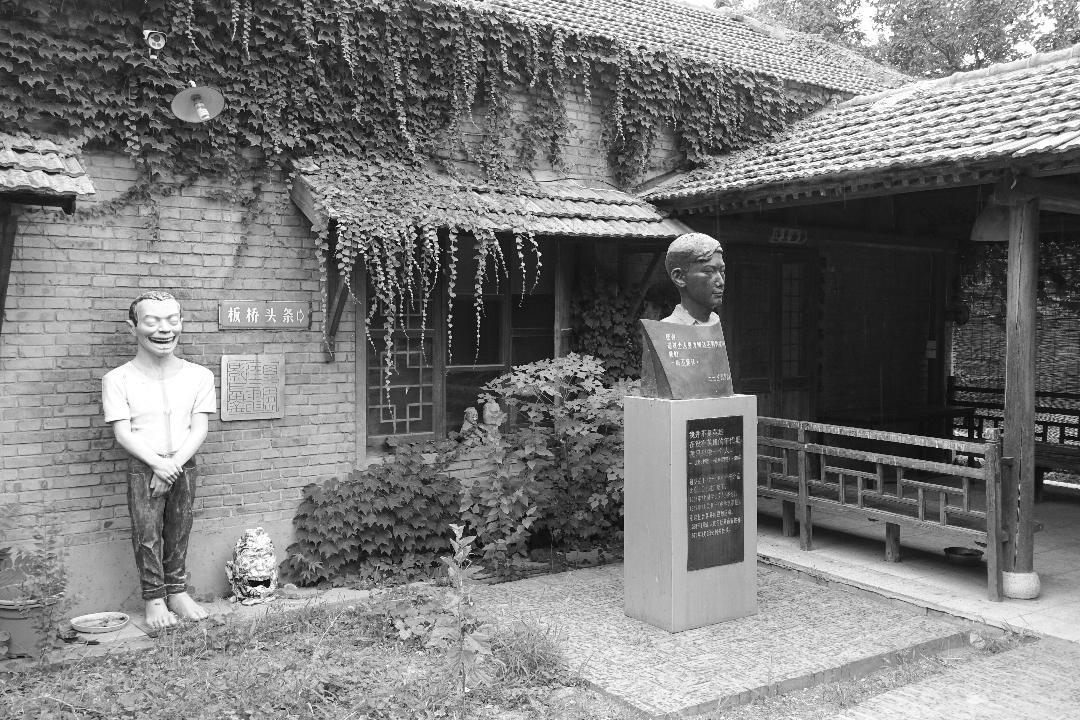 Being There: Norman Spencer and the Xianchang Aesthetic

Norman A. Spencer, an Anonymous Presence in the Global Village

I See the World through the Lens of My Camera

Let me begin by saying that it’s an honor to be invited to participate in the launching of China Independent Film Archive. My exhibition gives me an opportunity to share my photography, but it is also a way for me to reconnect to England. Living in London for short periods during the 1960’s and 1970’s had a lasting influence on my life. For example, after being expelled from a racially segregated university in the American South over a confrontation with the local police, I spent a week-end in London with Lucas Myers, a former professor of mine, and the poet Ted Hughes, his close friend, only a few months after the American poet Sylvia Plath, Hughes’s former wife, committed suicide. We spent hours drinking together on Hampstead Heath once until the early morning where I discovered my voice as a young adult for the first time. Hughes talked about the English countryside, the melancholy of Thomas Hardy and D.H. Lawrence while I talked with conviction about the horrors of racial oppression and violence in the U.S. Three months later I returned to the American South and joined SNCC, the radical Civil Rights Movement organization. I returned to London several times while teaching at the University of Cape Coast, Ghana during the mid 1970s. This was after the Vietnam War where I observed the indiscriminate bombing of civilian villages as a seaman on a U.S. naval ship while patrolling the waters off the coast of North Vietnam and after joining the Maoist faction of SDS in San Francisco once I was discharged from the military. In Ghana I became active, with the Nigerian writer Wole Soyinka, in a campaign to release the poet Kofi Awoonor, a mutual friend, from prison which made it easy for me to meet African and West Indian writers and British leftists when passing through London, and this experience , along with my prior political involvement, gave me the credentials for completing a Ph.D. with Amiri Baraka / LeRoi Jones, the radical African American writer and political activist who became a personal friend. It also made it easier for me to talk with Chinese artists, writers, intellectuals and film directors, because we had all experienced political conflict and violence in our lives, and this provided a bridge for dialogue and mutual acceptance.

I am often asked by friends in China and the U.S. how did I meet, as a foreigner, so many Chinese involved in arts since many are now celebrities. It is difficult to answer this question , because I met them through different sources. Li Xun, a professor at China Film Archive, spent two weekends in my Brooklyn house while he was a research fellow in the U.S. He arranged for me to meet 3rd , 4th and 5th Generation film directors when I returned to China , and later his former student Xiao Lu, a reporter for China Weekly, arranged for me to meet 6th Generation, independent, and documentary film directors. I met many when they screened their films in NYC. I was introduced to Chinese writers and artists in NYC, Beijing and Paris through friends, and when I spent my vacations and sabbatical leaves in Dali, China I met many Chinese involved in the arts who had houses there and who gave Xiaojian, my wife, and me opportunities to spend time with their friends while they were visiting.

This summary, however, does not explain why I was accepted and became friends with some of them. I was accepted because I already had ties to a Chinese underground culture before I met many of them. From 1997 until 2003, my life resembled some of the lives depicted in Chinese independent and documentary films. I had gotten high and drunk with Chinese rock musicians, lived illegally in a Beijing “hutong” for two summers and been arrested for it , and I traveled and spent time with young Chinese women who were alienated from mainstream Chinese society. During the year I taught at Communication University of China in Beijing ( 2001-2002) I was one of the few foreigners who attended the first Unrestricted New Image Festival at Beijing Film Academy, the First Chinese Gay and Lesbian Film Festival at Beijing University and the unofficial screening of Andrew Cheng’s Shanghai Panic in Shanghai. Chinese were attending the same underground film events during this period. They heard about them on the internet or by word of mouth. Some traveled a long distance to attend them. And this led to an emerging sense of community and sometimes a collective euphoria about embracing a new culture that openly challenges repressive social boundaries. Becoming friends with Chinese film directors, artists and writers, I felt comfortable and at ease whenever I was around them or their friends. Consequently, I did not consider myself a complete outsider when I attended film events and met new people in Beijing and Shanghai. In fact, I was beginning to feel more at home and freer in China than I had been in the U.S. for decades.

I am from the generation of 1968. My personality has been shaped by the intensity of the struggle for racial equality, the anti-war movement, the confrontational spirit of left-wing politics and the excitement of living in San Francisco during the mid and late 1960s. Therefore, I experienced the important cultural events in China during 2001 and 2002 as a return to my roots. I was stunned after watching Lou Ye’s Summer Palace on the big screen in NYC. I felt I had seen an important part of my life unfold before my eyes. The emotions and experiences of the characters were too close to my own. I had to walk through the streets of Manhattan for hours to calm down.

My photography? Chinese in China like my photographs, because they are in black and white and resemble some of the found photographs in people’s suitcases and trunks which evoke memories from the past. I take photographs, so I can feel closer to the people I am photographing and to document my life.

Norman Spencer Ph.D. has taught at universities in Africa, China and the United States including Tianjin Foreign Studies University in China from 1982 to 1983 and Communication University of China in Beijing from 2001 to 2002. He has written on African, West Indian and African American culture and politics. He edited with Shirley Geok-lin Lim One World of Literature (Houghton Mifflin, 1993.) He edited and wrote the introduction for Yan Li's book Things Are Symbols of Themselves (Tehran: Ostoore Publications, 2005) An interview with him about his cultural activities in China was published in Bei Dao's Jintian (Today) in Hong Kong in 2007. He published a photography memoir with commentary on Chinese independent and underground cinema in the twentieth anniversary issue of Positions: East Asia Cultures Critique (Duke University Press, 2012) And his photography book I Experience the World through the Lens of My Camera was published by Artron Art Group / Yachang Beijing in 2014. A selection of his photography appeared in Yang Lian's Xingcunzhe (Survivor) in Beijing in 2017. Professor Spencer had a photography exhibition at the University of California at San Diego in October, 2017. A selection of his photography was published in China Variety in October, 2020 and the University of California at San Diego held an online digital exhibition of his Chinese and Vietnamese photography covering twenty years in October, 2020 (Lib.ucsd/NormanSpencer).

Professor Spencer was active in the Civil Rights Movement in the American South during the early 1960s. He attended political meetings at the Highlander Folk School where the famous song “We Shall Overcome” originated. He was a member of Student Nonviolent Coordinating Committee (SNCC) and Students for a Democratic Society (SDS) while he was a student at Sewanee: The University of the South which was racially segregated during this period. Later he fought in the Vietnam War as a seaman in the U.S. Navy but was active in the anti-war movement when he returned to the U.S. He studied for an M.A. at San Francisco State University when it was a center for the Black Arts Movement and later wrote a Ph.D dissertation under the direction of Amiri Baraka/ LeRoi Jones, the radical African American writer, intellectual and political activist, at the State University of New York at Stony Brook. Later Professor Spencer and Amiri Baraka became personal friends.

Professor Spencer currently lives in New York City and is Professor Emeritus of English at State University of New York at Nassau. He is married to Peng Xiaojian. They have a house in a Bai minority village near Dali Old Town in Yunnan Province in the south of China where they spent their vacations and sabbatical leaves. 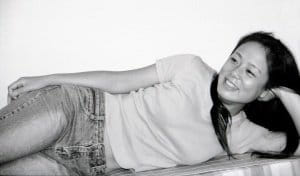