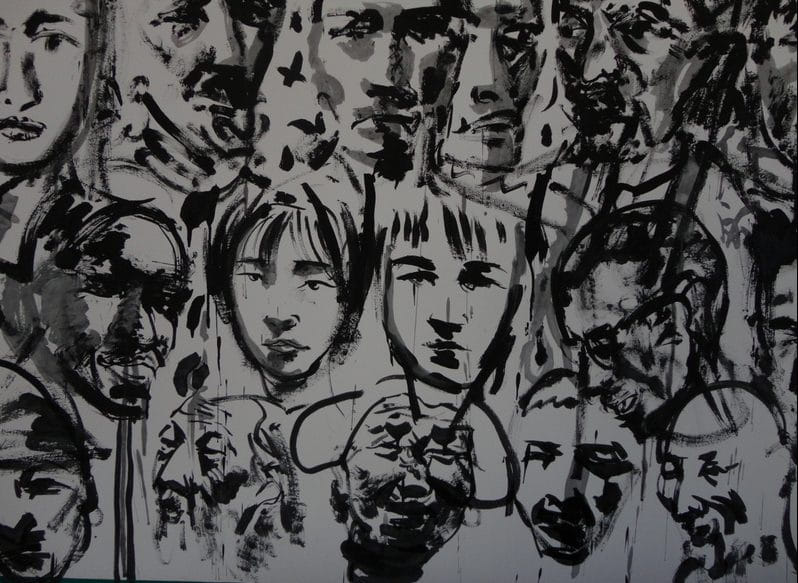 Set in the quasi-ghost town of Yumen that once thrived with oil production in China's arid northwest, Yumen is a haunting, fragmented tale of hungry souls, restless youth, a wandering artist and a lonely woman, all searching for human connection and a collective past among the town's crumbling landscape. One part “ruin porn”, one part ghost story, and shot entirely on 16mm, the film brings together narrative gesture, performance art, and socialist realism into a crude and radiant collage that not only plays with convention and defies genre, but also pays homage to a disappearing life-world and a fading medium.

Huang Xiang is an avant garde artist and filmmaker, born in 1974 in Guangdong province. He has made two feature films, Roast Chicken (2012) and Gossip (2014). He was one of three artists arrested in Songzhuang in 2011 for “causing a disturbance” by participating in a performance art piece there.