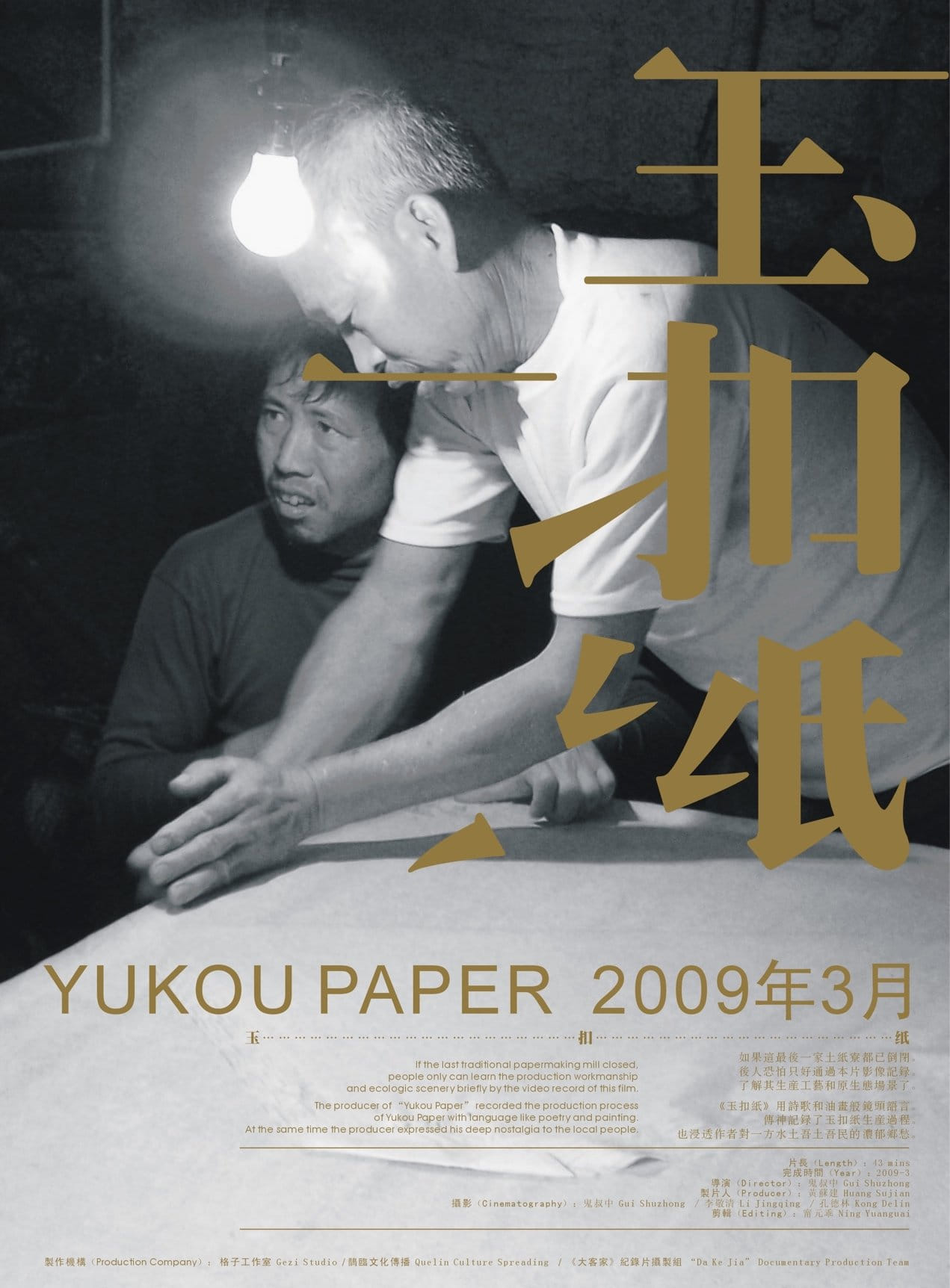 This film documents the last handmade paper workshop in Ninghua, a county in western Fujian.

“Yukou Paper” is a kind of traditional handmade paper from Ninghua, in the northwest of Fujian Province. “Yu” means the paper is pure white and smooth, of high quality; it is high-class traditional paper. “Kou” is the ancient term for quantity, meaning one piece or two pieces. The text Chinese Technology in the Seventeenth Century states：“All of the paper which was made from bamboo was produced in the south of China, especially Fujian Province”. For manual papermaking, there are many complicated procedures. Yang Lan, a Qing dynasty scholar in Changting said: “it is very difficult and hard to succeed, needing ingenious workers with dexterous hands. Of all the crafts, this is the most difficult one.” The film was shot in a small village surrounded by forest and the Wuyi Mountains. The address is Qiankeng Xiapin Vllage, Zhiping She Town, Ninghua County. Only 10 households live there, and till recently there was no cement road. It is clean enough without any cement brick houses. It is said that during its most prosperous period there were more than 500 papermaking mills in Ninghua, and annual output was about 50,000 piculs. Recently, this manual traditional papermaking industry has been discouraged. If the last traditional papermaking mill closes, people will only be able to learn about the production process via the video record provided by this film. The director of Yukou Paper recorded the paper production process using a lens language like poetry and painting. At the same time, the director expressed his deep nostalgia for the local people.