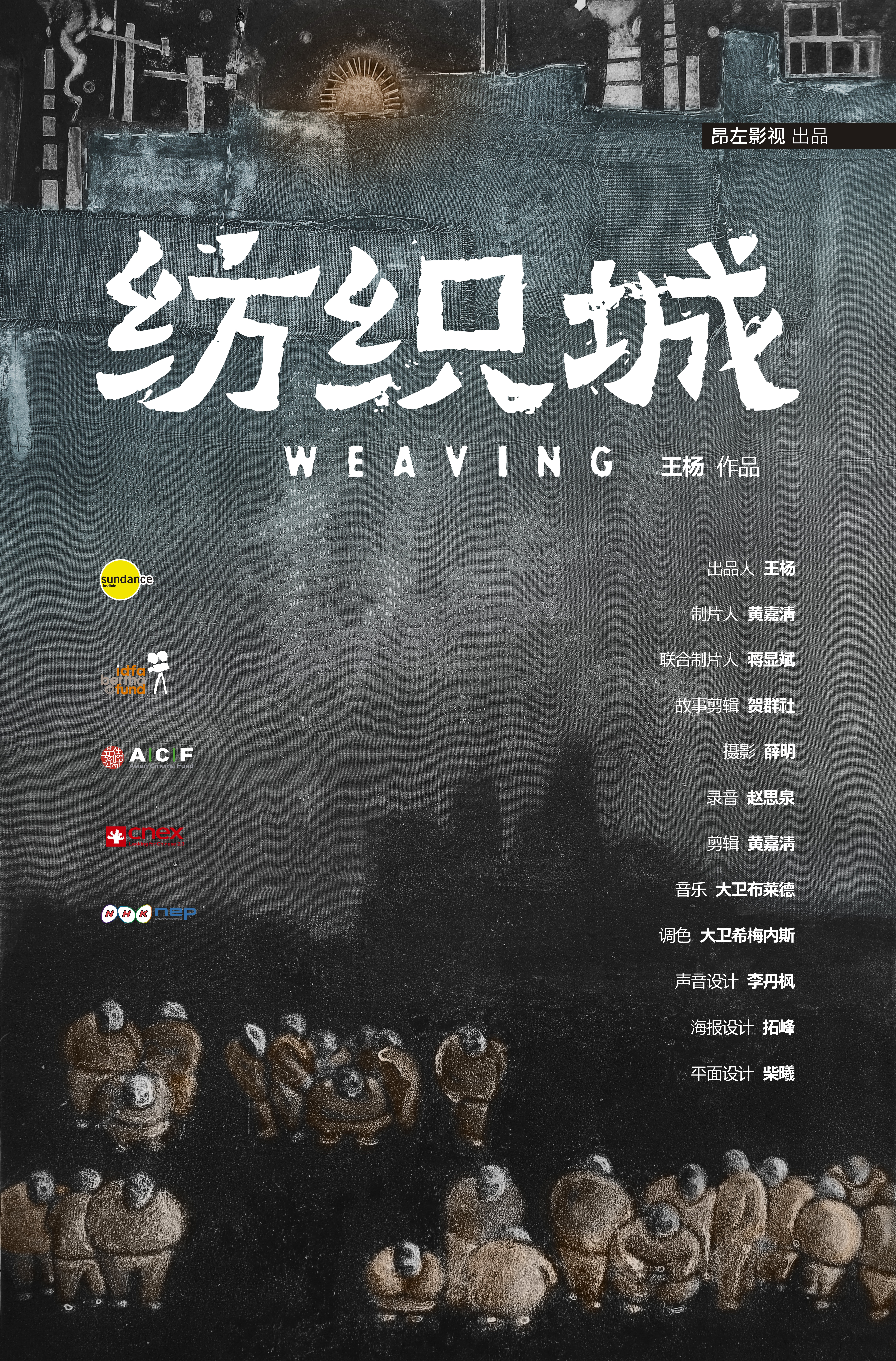 In 2016, the last textile weaving factory from the communist era in northwest China was demolished. Weaving follows two textile worker families during the five-year demolition process as they struggle to adapt to outside change while trying to keep their families intact. Where old and new social values collide, their story allows us to take a closer look inside China's changing family dynamic in an increasingly materialistic and complex society.

Wang Yang is a social/political documentary filmmaker from Xi’an, China. He had directed three independent feature documentaries focusing on China's social changes through the eyes of the younger generation. His previous documentary, China Gate (2011), was selected for film festivals such as Leipzig, DMZ, and Zagreb Dox.

I grew up in a similar blue-collar family at the weaving district. My memory of the old commune is filled with cheerful family gathering, and children playing near these immense architectures. Although the place is now in decay, with uneven pavements, narrow roads and damp interiors, years of livelihood have preserved a sense of warmth and humility, making it a rather peaceful place to live, away from all the craze in the city. Today, the city of Xi'an is filled with high-rise buildings, shopping malls, and expanding tech zones; old traces of life are quickly disappearing. The notice of a massive demolition in the weaving district came to me as a shock first; realising the childhood home I once knew will be forever changed, I started filming this process. I began as a way to preserve its image but overtime I began to see the changes within. Despite China's stunning growth as the world's 2nd largest economy, traditional family value is still deeply rooted inside individual's psyche and society as a whole. Both the Xiang and Zhang families are struggling to maintain their old value, as everything they knew and believed simply do not equip them to deal with the new social circumstances. On the surface, this re-development plan seems like an opportunity to improve people’s living environment. But what I didnʼt expect was the complexity in negotiating compensation with the government, as well as the emotional scars left in the family afterwards. As a filmmaker I was quickly and deeply drawn to the people going through this experience. Because their stories not only reflect the experience of individual in a fast changing world, but also shares the universal value of family, humility and dignity.