North of the Bird’s Nest in Beijing is Dong Xiao Kou, home to thirty thousand migrants from Henan. To make money, they scavenge for worn-out recyclables in this city, creating a place for them to live in that is between the urban and rural. Family, village, and migration surround Beijing. In prose, the film documents modern China’s urbanization, the departure of farmers from their rural land, and the difference between the lives of the urbanized cities and those of rural villages. 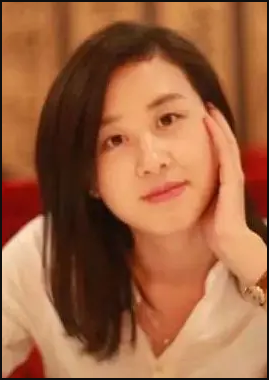 Zeng Xi was born in Henan Province, China, in 1983. She graduated from the Communication University of China in 2006, and received a Masters degree from Beijing Normal University. A former producer and screenwriter at Sun TV, Zeng has produced a programme, Midnight, which has over 500 episodes, introducing profound cultural insights and interviewing over 100 literati from China, Hong Kong, Macao, and Taiwan. Furthermore, Zeng has also been a screenwriter and programmer for the online culture channel for Tencent. Occasionally, Zeng writes and publishes her works in newspapers and magazines.

From May 2012 to May 2015, I stayed at Beijing’s largest recycling base, followed three different families with middle or low socioeconomic status, and filmed, though discontinuously, for three years. 3 kilometers away from the Bird’s Nest in Beijing, built on a land of 500 acres is a Henan village with more than 30,000 people. They live in provisionally built bungalows, with mountains of piled waste just outside their home. There are schools, restaurants, clinics, entertainment facilities, and clearly delineated social stratification, forming a unique small society. Many people here chase after the dream of living in the city; many children are born and raised here. They call this isolated village “廢城”(fei-cheng), meaning “the city of waste”. During my time there, I played mahjong, ate, collected waste wood, sold wood with its residents, and hung out with their children. We made dumplings inside piles of waste and trash during the Chinese New Year, and I followed them back to their homes in Guangshan, Henan, witnessing the protests against the local government as it cut off power and water supply without warning. My male lead, son of Lao Xu, Xiao Xu, is a university graduate who settled in Beijing, bought a house and a car, married, and started a business of his own. My second male lead, Liu, who sells recycled wood, moved to a distant suburb of Beijing where he found a new market for his business. My female protagonist, Wang Qin, whose front tooth fell and grew back again, grew taller and entered puberty, doesn’t share her thoughts with me anymore. During the spring of 2015, this “waste city” was slated for demolition; she wouldn’t be able to continue her education in Beijing, and had to move back to her hometown in Henan. From the first time I saw the village until now, I’ve had different feelings towards it. To me, it is another world, huge and isolated from Beijing, floating magically in the sky, like the one in Marquez’s One Hundred Years of Solitude. This documentary records down the modernization process during which families and clan members move back and forth between urban and rural areas, leading to a blurred identities and sense of homelessness.