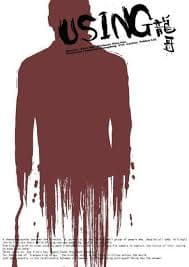 An unusual relationship develops between an urban Chinese couple struggling with heroin and a filmmaker chronicling their addiction, in this provocative documentary on drug abuse, filmmaking and friendship. For three years, filmmaker Zhou Hao chronicled the lives of Long and Jun, a couple struggling with heroin addiction in Guangzhou. Zhou captures Chinese junkie subculture, its members languishing in a slum flophouse, the equivalent of a modern-day opium den. When Long is hospitalized after a failed robbery, Zhou speaks out from behind the camera to intervene. Still, Long and Jun persist, soon dealing drugs full-time to make ends meet. As the couple increasingly offers lies for answers, Zhou must confront his ethical responsibilities to them, as a friend and a documentarian. Using probes a dark, cruel reality of contemporary Chinese society that has rarely been seen by any audience. Addicts disclose techniques for dealing with police, confronting sham suppliers and staying high throughout the day. Zhou's unflinching depiction of his friends' repeated attempts to quit blurs the line between filmmaker and subject, and raises provocative questions about the ways in which each uses the other.

Zhou Hao is a documentary filmmaker who has worked as a journalist for more than a decade, producing documentaries since 2001. Zhou’s works have won awards and been screened at film festivals around the world more than a hundred times. His 2014 film, Cotton, won Best Documentary at the 51st Golden Horse Film Festival. Zhou’s 2015 film, The Chinese Mayor, won the Special Jury Award for Unparalleled Access at the 31st Sundance Film Festival, as well as Best Documentary at the 9th Asian Film Awards, and won Zhou the Best Documentary award for the second time in a row at the 52nd Golden Horse Film Festival. In 2020, he was invited by the Academy of Motion Picture Arts and Sciences to join the Oscar voters.