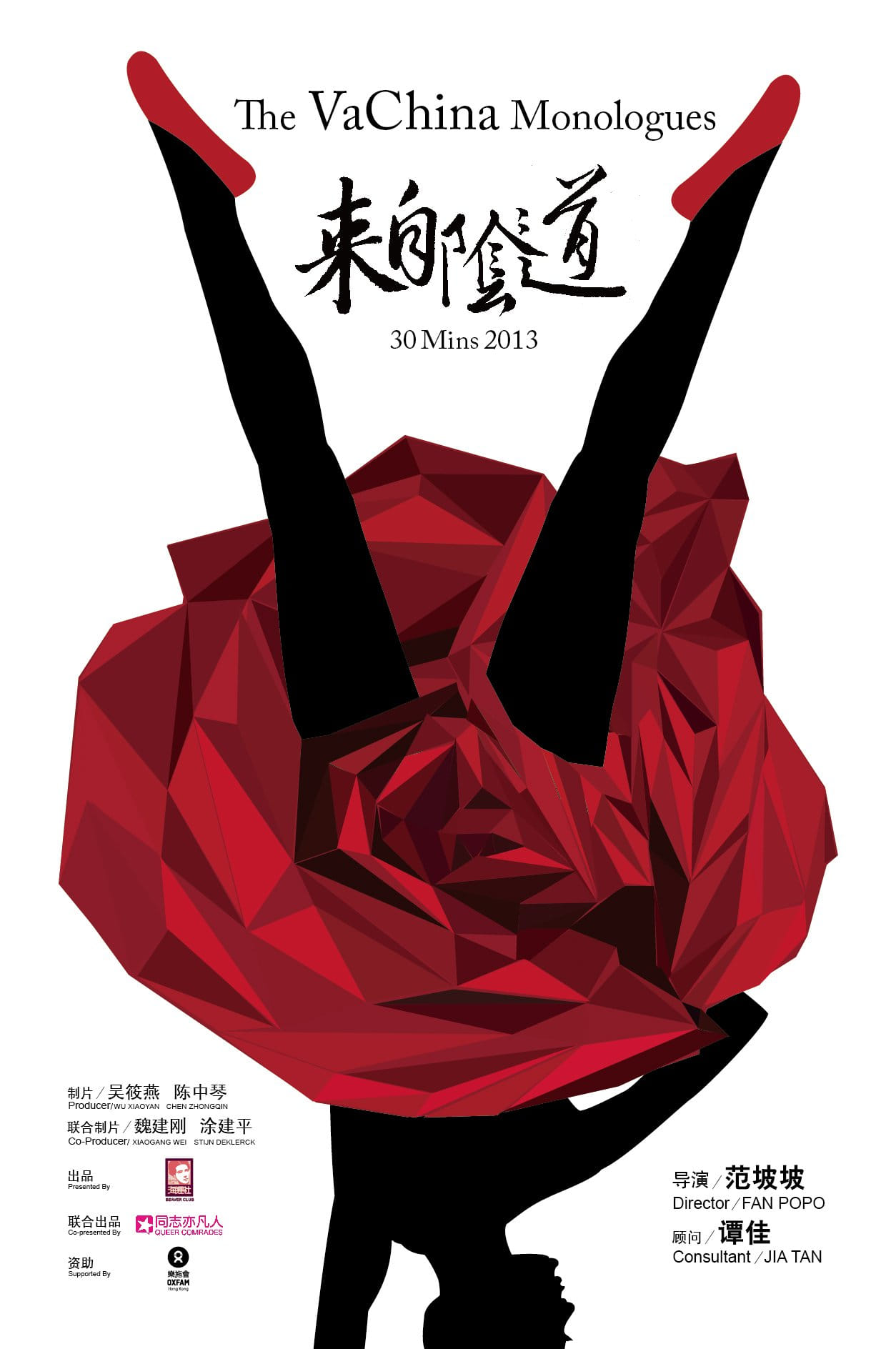 The Chinese Department of Sun Yat-sen University in Guangzhou staged the Chinese debut of The Vagina Monologues in December 2003. This feminist play, originally from the US, is committed to the elimination of gender-based violence; it incited a vagina hurricane across mainland China. The Zhihe Society of Fudan University, Shanghai Beaver Club, Beijing Bcome Group, all these different groups have performed this play in various ways. They have performed on campuses, in theatres, in cafes, on the streets, and on public transportation. In Chinese translation, The Vagina Monologues has many different titles: Cloudy Vagina, Our Vaginas, OurSelves, and For Vagina’s Sake. However, all these titles have the same so-called “ear-piercing” key word—VAGINA. “Vagina. I’ve said it”. This is a process of speaking out as well as of acting; this is a process of self-awakening as well as of public acceptance; this is a process of learning and recognising as well as a of localising. After ten years, we can revisit these vagina stories. We can talk to the participants, meet the current actors and listen to their vagina stories.