The Unfinished History of Life 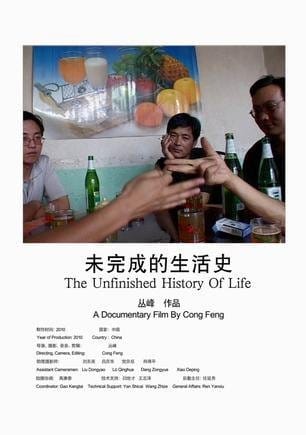 For this film, Cong Feng returned to the village of Huangyangchuan in Gansu Province in the northwest of China, where he had previously made Doctor Ma's Country Clinic. A very ordinary place and far from flourishing, where very ordinary people live who have very little. That’s precisely why Cong went there: he wanted to paint a picture of typical Chinese life in the rural areas.

In making this very extensive portrait, Cong maintained the approach of an anthropologist. Above all, he lived, ate, and drank with the people he was filming—and not just briefly. In total, he lived in this place for four years. Many of his friends are teachers or former teachers, but they live in poverty as peasants. The filmmaker sees their lives as a repetition of cycles and also tries to depict them as such. This may help explain the considerable length of the film.