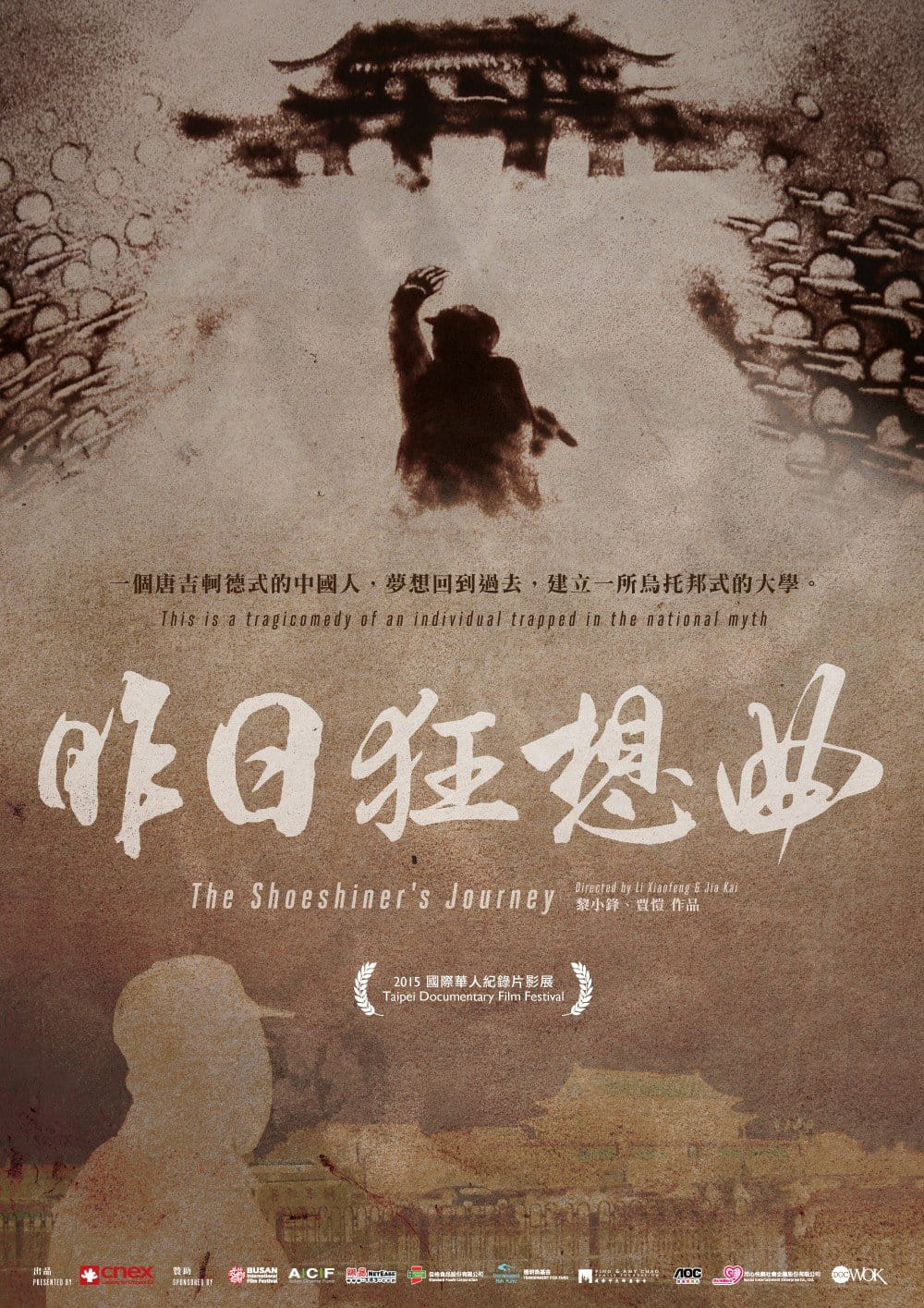 If some day you are on a noisy city street or a dusty road in a remote village in China, and a battered van wrapped in slogans and red flags assaults your eyes while high pitched songs from the 1960s explode in your ears, you are not back to the 1960s: you have just come across Liu. Liu used to hold a good position in the local government in Tibet. However, he quit his job and left his family 12 years ago. He went on a long, non-stop journey, traveling around China. With a broken van as his only companion, Liu dedicates himself to the great aspiration of establishing a university of international communism on his own. The irony is that the individualistic heroism of his behaviour makes him politically provocative to a regime that advocates collectivism. The shooting of this film started in 2007 and has lasted for seven years. The story unfolds as the protagonist’s journey continues, both back to his traumatic past rooted in the Maoist era, and forward to the obscure future of capitalist China. Liu’s personal past and present are intimately intermingled with the past and present of this nation; their intersections constantly move forward like the spinning wheels of Liu’s van.

Li Xiaofeng Born in Pingxiang, Jiangxi Province, and now living in Shanghai, Li Xiaofeng is the author of Films in the Twentieth Century and Creation of Documentary Films. Films include The Striker of the Spring Gong, awarded Best Short Documentary at the 8th Beijing Film Festival of University Students, 2001); The Night Goer, selected for the 20th Fribourg International Film Festival and the 8th Taipei Film Festival, as well as many international film exhibitions); Leather Shoes or Straw Sandals, selected for the NHK International High Resolution Documentary Project in 2006; and A Street Of One Hundred Paces. Jia Kai Born in Suide, Sha’anxi Province, Jia Kai obtained his Masters degree from the Art Department of Beijing Normal University and now is a lecturer in the College of Communication and Art at Shanghai Tongji University. He is the translator of three books, including Robert J. Flaherty: A Biography, and has participated in the production of films such as The Night Goer, Leather Shoes or Straw Sandals, and A Street of One Hundred Paces. In addition, he has also produced many programs for CCTV, Beijing TV Station, and Shanghai TV Station.

All these years, Liu has been on a journey that would lead him to Beijing (the place where he would be crowned). This journey has taken him back to a past mixed with the memory of both glory and agony. Possibly, what happened in 1974 was only an accident. However, the tragedy is that he has been pushed off the train of the zeitgeist by a giant invisible hand, falling from a peak to the nadir. Suffering from this huge trauma, Liu struggles to pick himself up and catch up with his chariot. Unfortunately, the train had already roared away. Liu, a Chinese Don Quixote, with all his faith and belief in the past, seems more like a spiritual detector probing beneath the surface of Chinese society, forcing us to confront the outlook of people in contemporary China.