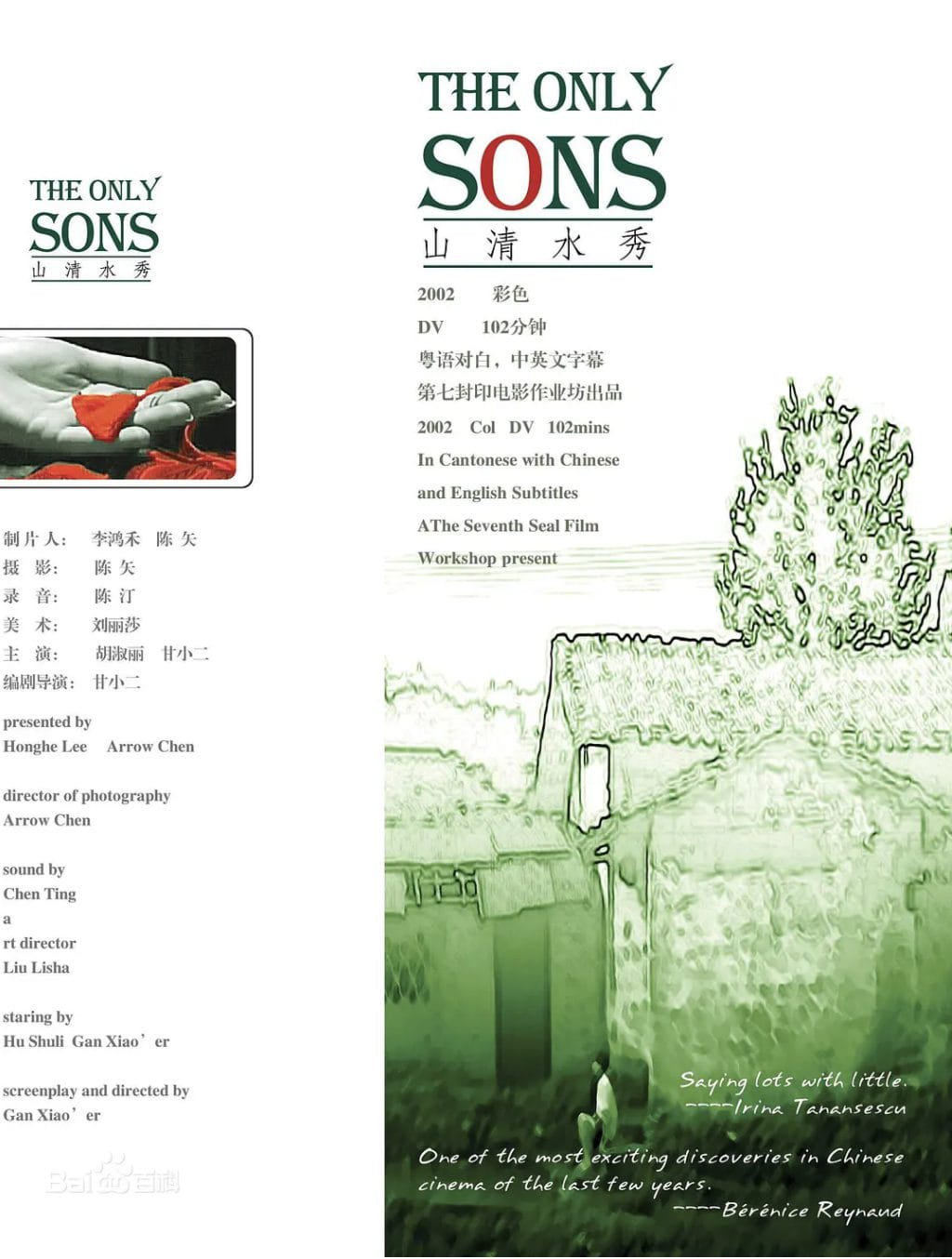 The advent of digital film making has helped independent film flourish in China as never before. The Only Sons shows that the digital film revolution has also blossomed outside the major urban film centres of Beijing and Shanghai. In a style reminiscent of Hou Hsiao-hsien, the camera situates the characters elegantly in a beautiful landscape where events unfold in their own tempo. In a remote village surrounded by stunning forests, mountains and lakes, Ah Shui, a poor young peasant (played by the director himself) tries to take care of his family. His little sister goes to school and that costs a packet. When his younger brother is sentenced to death and this sentence can be commuted to life imprisonment for an enormous sum, the financial problems of Ah Shui, who also has a pregnant wife, get completely out of control. The contradictory advice of the hardened Communist teacher of his sister and the devout travelling Christian clergyman do not make it any easier for him, but they agree on one thing: the sister has to travel to the big city to earn a living. Ah Shui takes their advice and on her arrival in the city immediately signs a contract to sell his unborn child.