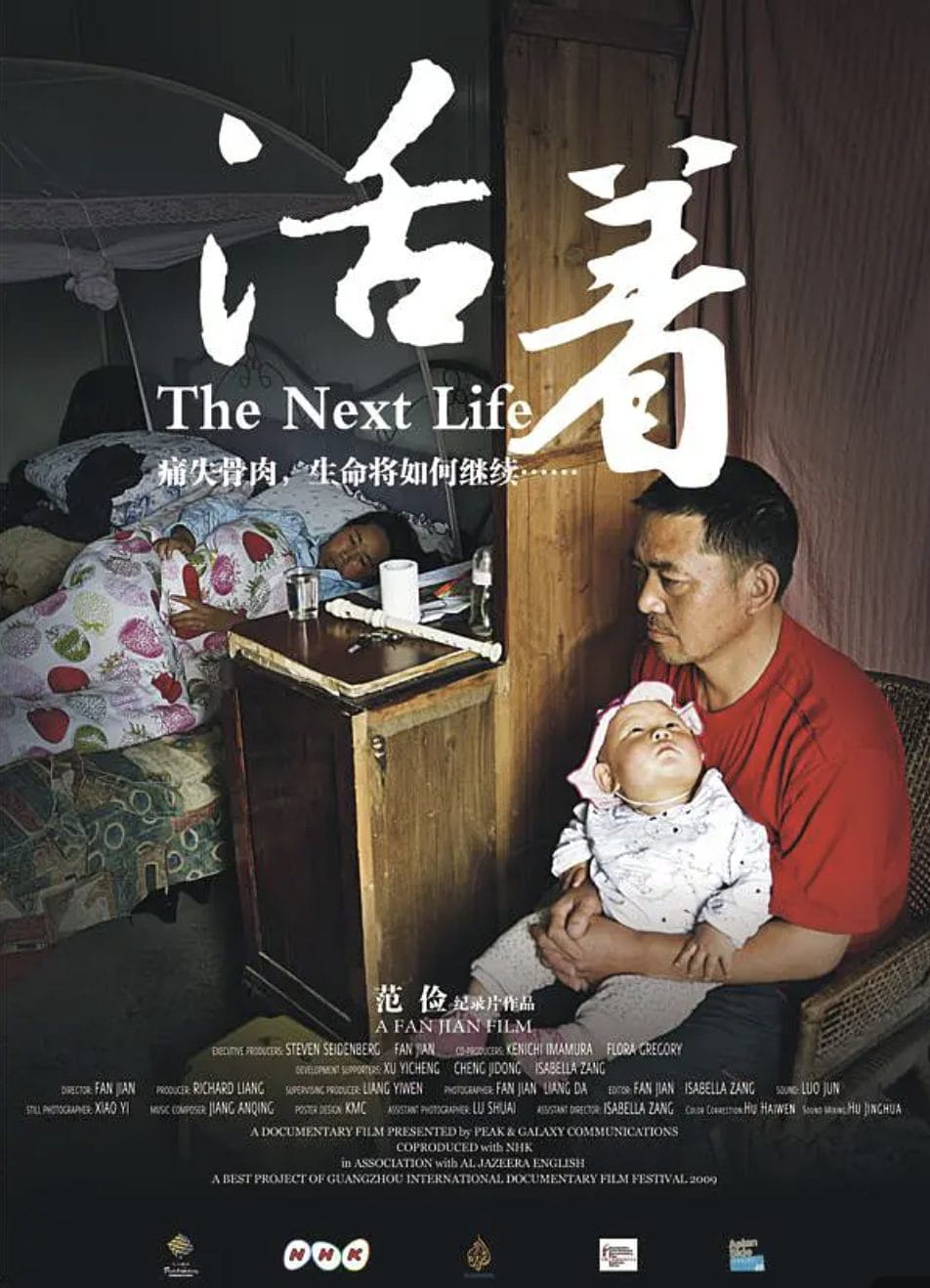 The 2008 Sichuan Earthquake devastated China. Ye and Zhu, a working-class couple in their early 40s, ran a small neighborhood eatery outside of Chengdu in Sichuan Province. When the earthquake hit, Zhu, the father, tried to rescue his beloved daughter from the rubble but failed, plunging the couple’s happy life into darkness and uncertainty. Ye and Zhu tried to have another daughter. Due to Ye’s age and poor health, she struggled to conceive even with multiple attempts of in vitro fertilization, and both were surprised when an unexpected natural pregnancy in 2011 yielded a new life and hope. Yet when Ye gave birth to a baby boy, Zhu felt little joy. The Next Life follows Ye during repeated in vitro fertilization treatments and in conversation with other unfortunate couples, with the rebuilding of their city as the backdrop.

Fan Jian is a documentary director who focuses on Chinese social issues through character-driven storytelling. He is a Documentary branch member of the Academy. Fan has directed six feature-length documentary films, including Still Tomorrow, winner of a Special Jury Award at IDFA 2016, and My Land, supported by the Sundance Documentary Fund. His work has also screened in competition at Hot Docs, Full Frame, Sheffield, Busan, and dozens of other film festivals around the world. Fan studied at the famed Beijing Film Academy and is now based in Chongqing, China.