The Hammer and Sickle Are Sleeping 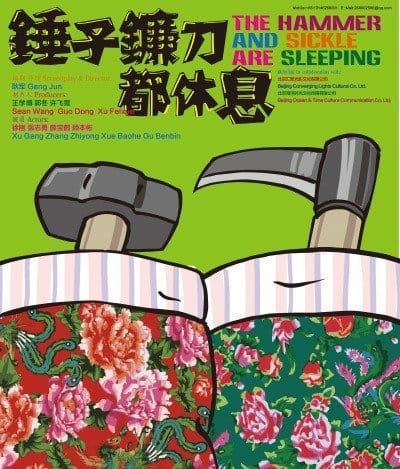 Two bad guys meet another bad guy, and they get together to do bad things. But because of their weaknesses, things never work out. A religious man is living with these guys. This film is about a hammer wrapped in a towel, the kind of weakness that you can see everywhere. It's an absurd story set in savage circumstances.

Born in Heilongjiang Province in 1976, Geng Jun has directed and written many films. These include: Hawthorn (2002); Diary in Bulk (2003); Barbecue (2004) Festival of Three Continents, 2005 International Film Festival Rotterdam); Youth (2009 Rome International Film Festival); and The Hammer And Sickle Are Sleeping (2013 Taipei Golden Horse Film Festival Best Short Film winner). He also directed Poetry And Disease (2011). In 2017 his film Free and Easy was screened at Sundance, where it won the World Cinema Dramatic Special Jury Award for Cinematic Vision.