The Ballad of Spring 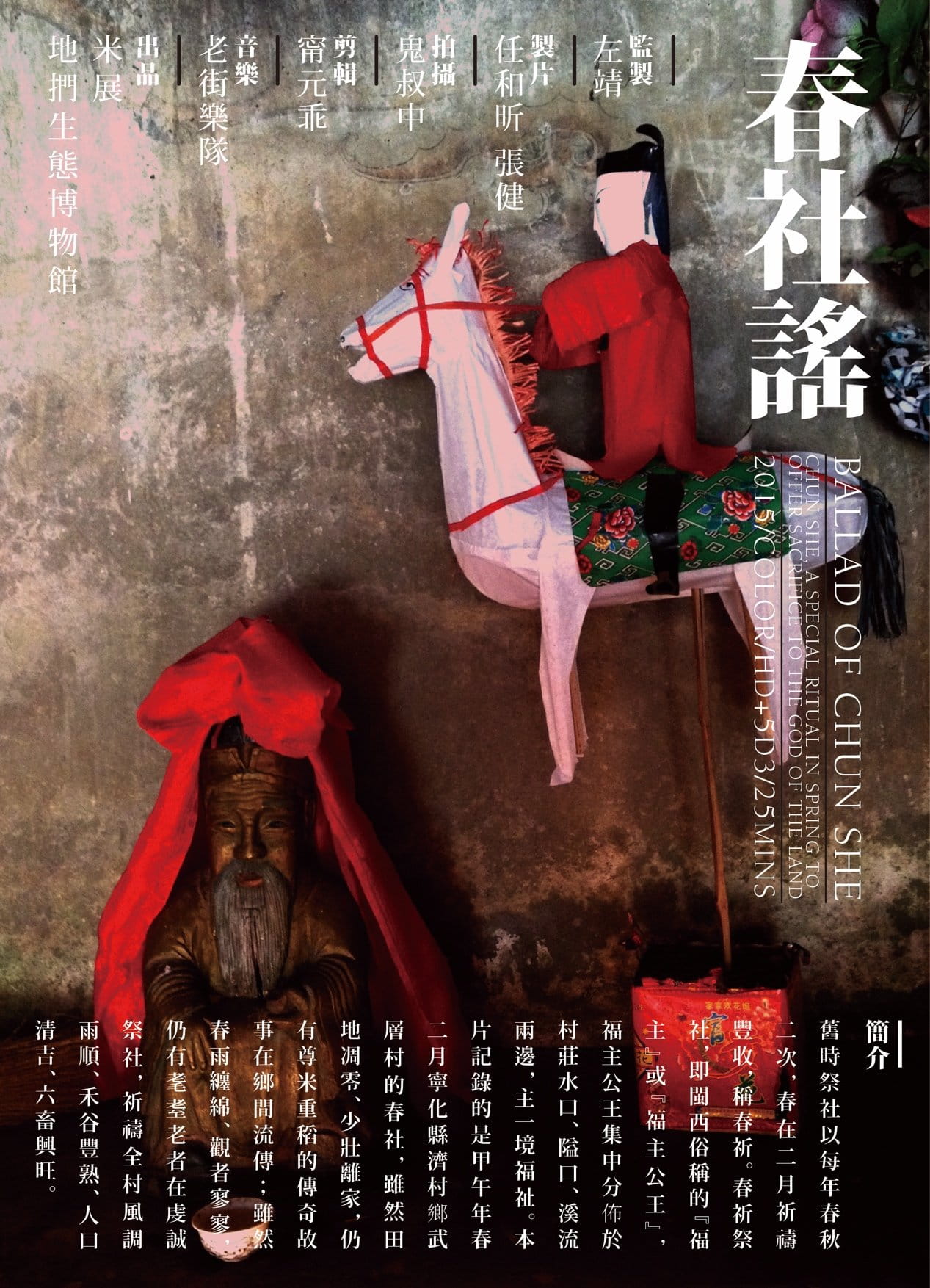 In traditional China, rural people usually pray for harvest in the spring and offer thanks in the autumn. Spring rites are performed in the second month of the lunar calendar. In western Fujian, a Hakka area, people worship Fuzhu (also named the lord of Fuzhu, the god of land) on the spring prayer day (sheri). This film records a sheri in the village of Wucheng, in the year of the horse (2014), in Ninghua County, Fujian. Although the young people had all left home for the big cities to work, and although much land was left uncultivated, old people still performed the rite every year for the harvest and peace of the whole village.