A Moving Life with Chinese 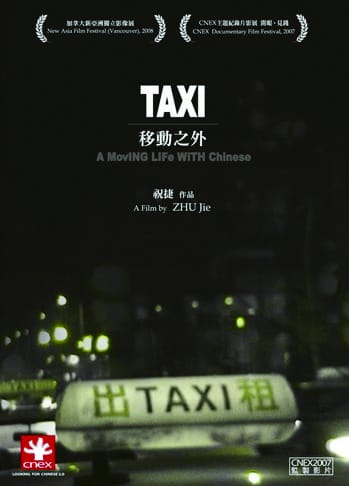 This is not the story of one person, but rather, it is a cross-section of a group and a city. The majority of these people are the ones behind the steering wheel, while their families and dreams are moving forward with the rolling wheels. The alleys of Beijing seem to be the city’s centre, but the incomes of taxi drivers do not reflect the status of the city. In Chengdu, well known for its relaxing and cozy atmosphere, taxi drivers still cannot avoid hardship. It’s only though a sax-playing driver that we discovered a unique sentiment impossible elsewhere. In Taipei, the Blue-Green divide can even be found between taxi drivers. An indigenous driver in his sixties still wants to earn money for his children, so that they will come to see him, bringing his grandchildren. In Hong Kong, many tax drivers also volunteer to act as traffic controllers. Between controlling and being controlled, where is their satisfaction? The director encountered and then subjectively selected his subjects. This film’s story—if it can be called that—therefore began outside taxi windows.

Zhu Jie obtained his Bachelors degree from Nankai University and his Masters degree from Beijing Normal University. Currently he is studying directing at the Beijing Film Academy and also directing for the Special Programmes Team of the News Review Division at CCTV.

This is the first time I’ve visited cities in this way, but I’ve seen and heard so many things despite the short and random meetings. As a matter of fact, as time passed nothing was left for me to communicate, since so-called communication seems so artificial when faced with these ordinary people. Once in a city, I met drivers I wanted without much effort. I didn’t get until later that this is not because I was lucky, but because each one of them had very good stories. If one understands this, one sees that communication is unimportant, as their life is more important than the thought one wants to communicate. There is a prevailing theory in the film industry, the so-called author’s view: what am I? What do I want to express? Documentary works in the opposite way. One must remove oneself from the film. In this world, you are not as important as you may think; this seems increasingly true to me. At the moment, I don’t want to be an empty thinker, because observation itself is enough. In comparing these people, I end up questioning myself: how can I get along with my parents, how should I live with my spouse, what attitude should I take towards my dreams. Shall I thank life for offering me enough, or complain that it’s not exciting enough?