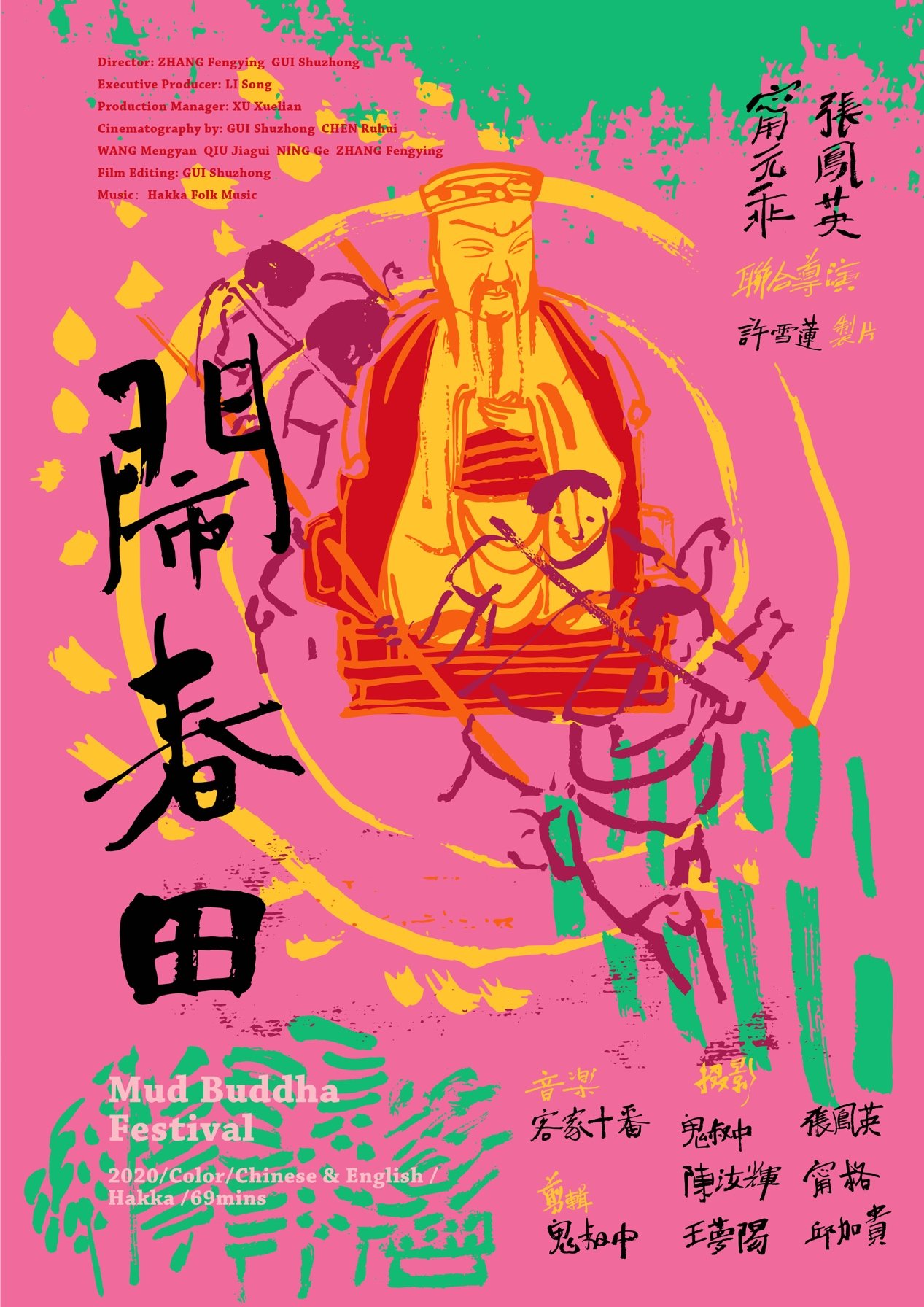 In Juhe Village, Tongfang Town, Changting County, Fujian Province, the lord Guan (Xietian the Great) visits the fields on the thirteenth day of the first lunar month. The local people are used to calling this event the “Mud Buddha” or “Crazy Mud Bodhisattva”, though it is officially named “Awaken Springfield ”. Juhe is a Hakka community where people of multiple clan names live together. “Awaken Springfield” is a local carnival festival where blood relationship and geography are the double link. Each year, the chief fushou changes according to the unit “shed”, which breaks the clan boundaries. The chief fushou is responsible for treating the god, building jiao, feasting with guests, accompanied by ship lamps, green lion gongfu, ten-fold opera, and other activities, all in order to entertain the god as well as the locals. Young men of each clan surname will relay the lord Guan from one field to another, and run and play in different fields which belong to different clans. This kind of activity, in which people and god are happy together, will last for a whole day, from morning to night, from one end of the village to the other end, and will take place on every clan name’s field, such as Liu, Hu, Chen, Wang, Ma, Huang, or Zeng. In the past, when there were no chemical fertilizers and pesticides, villagers used this method to reduce pests and awaken the spring fields with vigorous vitality.