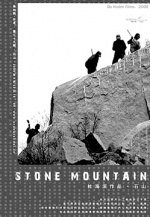 In a remote village in China’s northeast, Old Cao, Little Cao, Yu and Zhang support themselves mining granite, working day in day out. Following a short break for Spring Festival they return to the mine, only to find the land has been bought by real estate developers who wish to convert it into a holiday resort. An agreement is reach extending their contracts for a year, avoiding imminent unemployment, but what will happen after that?