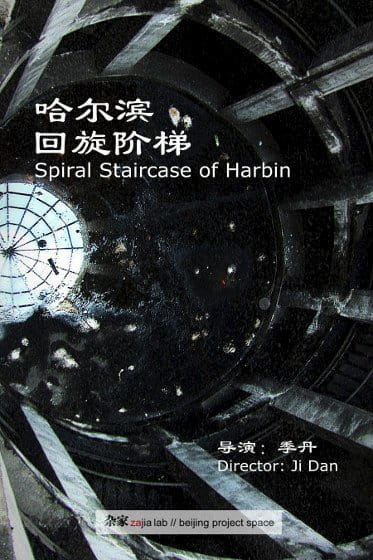 In a high-rise apartment at the top of a hill, a mother lives with a daughter who is preparing for college. In a run-down tenement at the foot of the hill, a couple lives with their troubled son. The frustrated teenagers feel that nobody understands them. The parents spin in anxious circles, alternately scolding and spoiling their children. Entering their late forties, the adults are stranded in the face of their midlife crisis and the imminent independence of their children. Is it possible to find happiness, living for one’s self and not for the family? As the pace of contemporary society accelerates, the Harbin-born director captures the sighs that drift through the skies above the city with a warm-hearted and insightful eye. Broadcast on the NHK HD channel in 2008, as a part of the series The New Chinese II.

After 30 years away, I returned to the Daowai (“outside-of-the road”) District of Harbin. Exactly as its name suggests, it looks like a place that has been thrown outside the expressway of time. Traces of the past still exist, and buddies from my youth still live there. It’s just that time has passed, fate has come around, and my buddies’ children are already young adults, at around the same age as when we dreamt our future passionately 30 years ago.

On the surface, my old friends and I have different lives: I have been to faraway places, I do things I like, and I persistently seek to express myself. But the more I am with them, the more I see the shadow of myself: an old and faded body and mind. We slaved away in a society said to be open, yet found ourselves forsaken and powerless in this balanced and stable world. It is completely different from the trust and admiration of the future we had when we were young. But fortunately, forever fearless young boys and young girls move forward; hereafter, the door will never be shut.

What happened to our lives? Through this film, I wanted to observe myself anew, and look into the deepest recesses of the jungles of our lives. For me, film is a way to reawaken myself. It is a medium to call back my spirit.