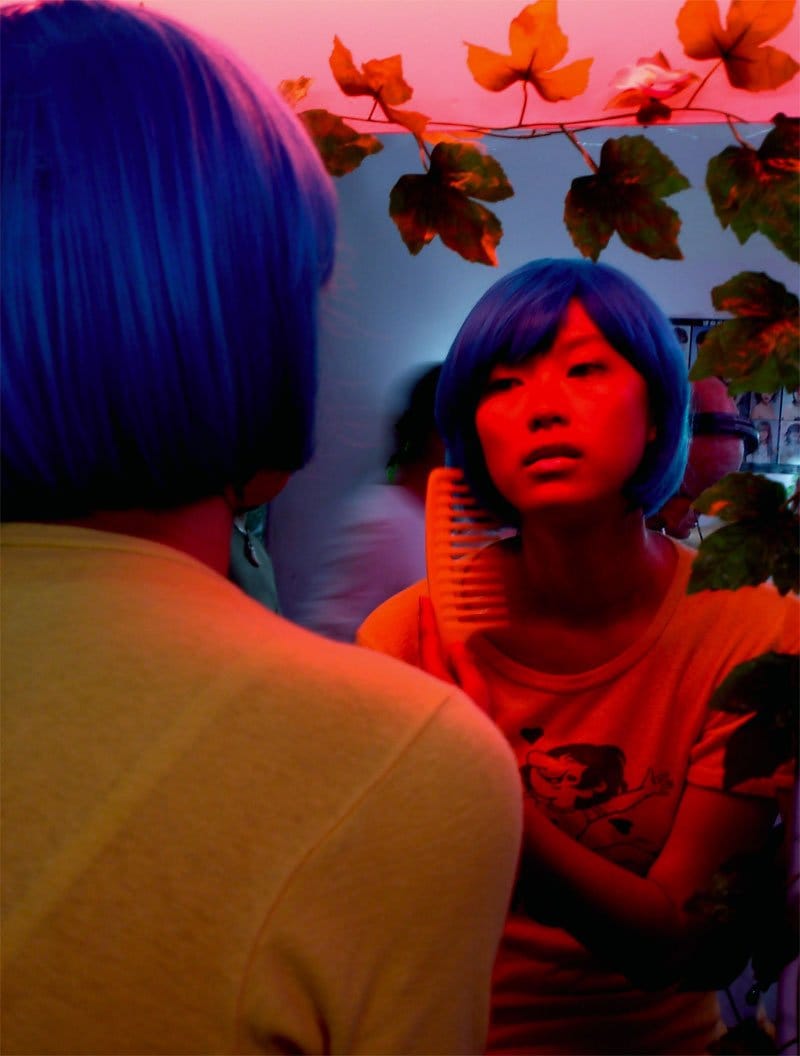 Director Guo Xiaolu uses the story of Li Mei to explore the lives of Chinese migrants in London. Li drifts from affair to affair, trapped in increasingly stifling situations in a city that seemingly offers so much freedom and opportunity. From the standpoint of the dispossessed, East and West appear increasingly similar.

As a mainland Chinese filmmaker, I feel world cinema needs to move away from its focus on specific cultural identities; to go further, to do something broader and wilder. My ambition was to make a film that challenges the traditional Chinese cinematic style, to cross cultural borders, with a fresh artistic language and a personal voice. I also wanted to make a film that captures the attitude of the younger generation in modern China, speaking about ontological anxiety among young people in a globalized world.

Although Chinese cinema has attracted a lot of attention worldwide, most successful Chinese films have “typical Chinese issues” such as state oppression or remnants of feudalism, or they represent “an exotic China”; sometimes I feel "people" are absent, the voice of the small person is lost. In this film, I portray a character with a particular individual voice that audiences can closely relate to.

She, A Chinese—Mei is an enigmatic character. You, as a member of the audience, try to read her, to follow her, to understand her decisions on her life. Maybe you fail to understand her; perhaps she upsets you. Maybe you don’t agree with her and are confused by her, but still, you'll be strongly attracted by her, and after you leave the cinema, you will have to examine your own familiar world with new eyes.

I also gave the male characters, Spikey, Mr. Hunt and Rachid unique personalities drawn from their own history. A nameless hitman, an old Englishman, or an Indian immigrant—all three are no heroes, maybe even losers—but they have a particular way of clinging to society and of proving themselves necessary in a harsh world.

When Mei leaves her village and goes on her journey, it is as if a baby leaves a womb. The outside world is a foreign country, whether in China or in the west. For me, it is not important to show where Mei exactly ends up. But it is crucial to show the process of escaping, the inner journey she is going through, a person taking risks, discovering herself and at the same time paying a high price for her adventures. It is a film about an immature person gradually discovering her own desires. In the end she has to face her own problems and take responsibility by making decisions for her life.

So the rhythm of the film is fast, the chapter style is sharp, the soundtrack has a rock and roll energy. The open ending hints at the unknown future of new China—risky, mysterious, and provocative.

As a filmmaker born in a little village in rural China, who later came to Beijing and then wandered in the west, I feel that any journey is a journey of the mind, whose movements are unfathomable, from which arise the apparently accidental choices of life, creating a completely unexpected present and an enigmatic future. I guess that’s how we feel that we are alive, and this aliveness carries us into the future, and to the unknown. As Sartre said: we are our choices.