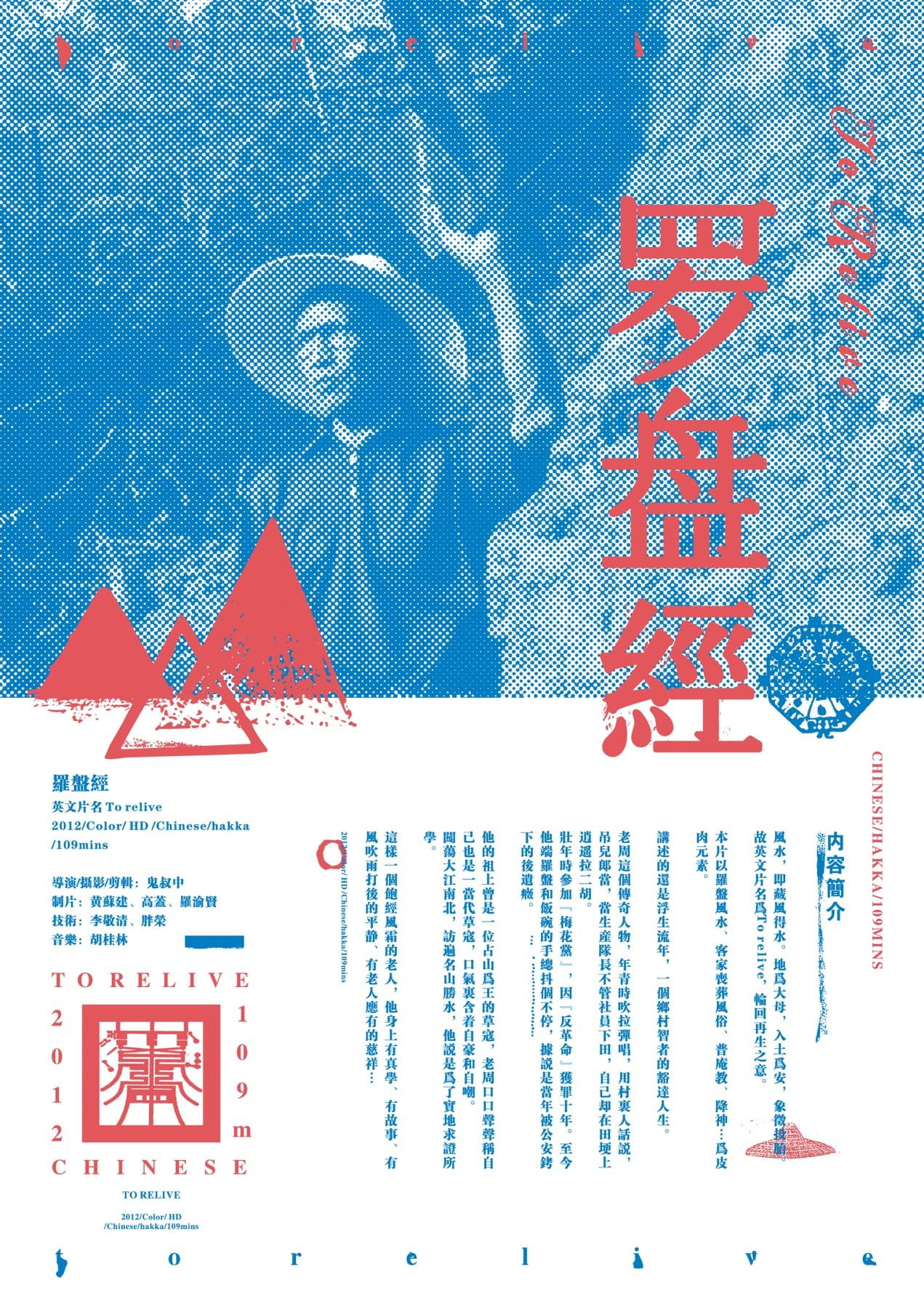 Fengshui is to say using winds to gain water. The earth is mother, and burial brings peace to the deceased, symbolizing reincarnation. So the title of this story in English is “ Revive”, which means entering into the cycle of reincarnation. This documentary is going to tell a story that touches on several elements, including divination by compass, Hakka funeral and interment culture, and seances. Moreover, it also considers the sanguine life of a wise man in the countryside. Old Zhou is a legend. He showed his gift for music early. The villagers said he didn’t perform his duties properly when he was a village head, disregarding farm work and leisurely playing the erhu on the ridge of field instead. In the prime of his life, he attended the “Plum Party”, and was sent to prison for ten years as a “counter-revolutionary”. His hands, which are for holding compasses and bowls, still tremble now because of the handcuffs. One of his ancestors was a bandit who occupied a hill as a lord. Proudly, but with self-mockery Old Zhou keeps on saying he is a modern bandit. Wandering around the country, visiting famous mountains and rivers, as he says, was to confirm what he had learned. This is an old man whose life has been full of hardship. He possesses real learning and stories, owns peace after overcoming severe difficulties, and has the special graciousness as being in such an age…