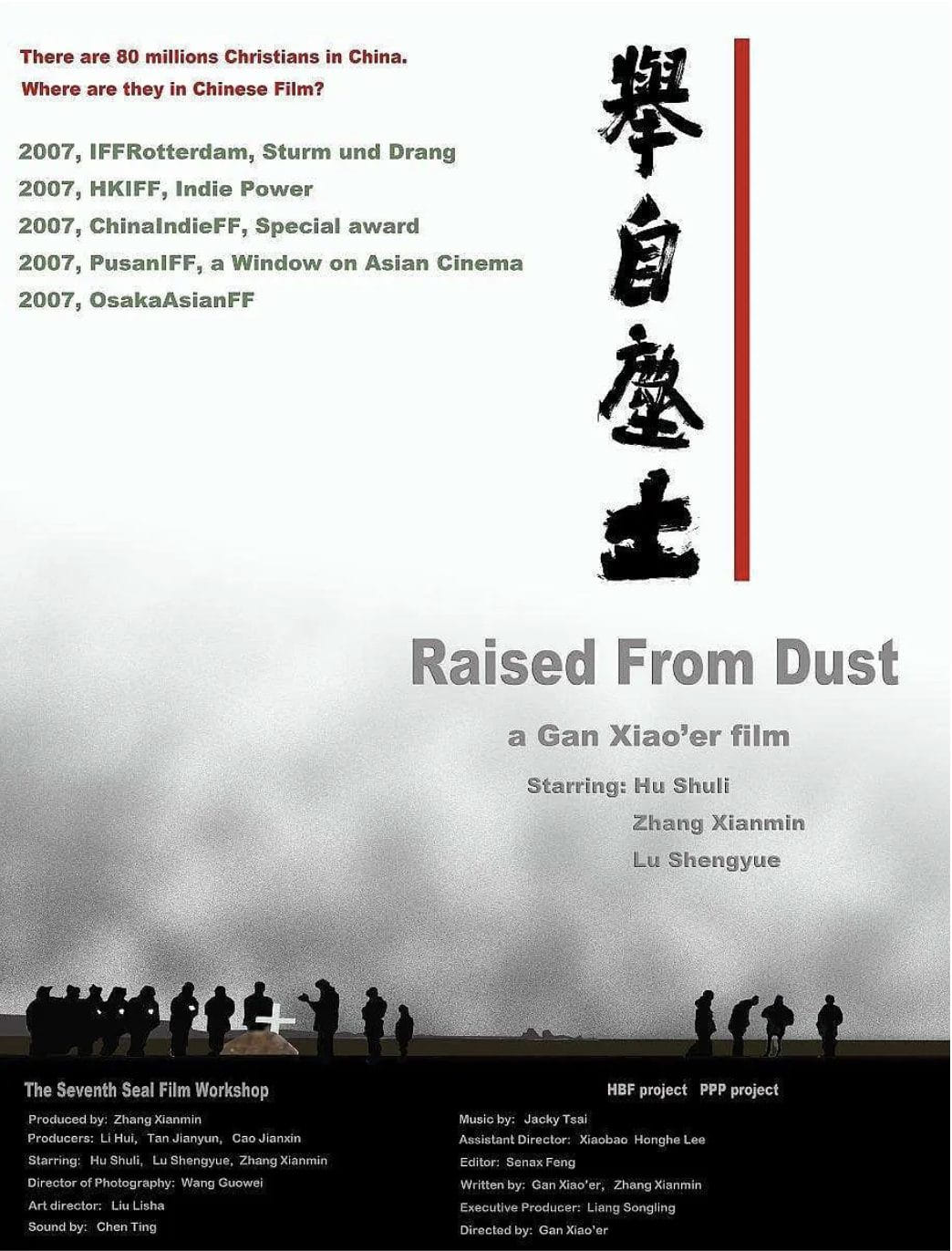 Some minorities are bigger than others. For instance, there are 80 million Chinese Christians. Many of the themes that Gan Xiao’er documents in a visual and very personal way in his first film, The Only Sons, can also be identified in Raised from Dust. It all comes down to the difficult life of the poor rural population, in which the position of the Christian faith, which plays an increasingly important role in China, is of great importance.

“Aunt” Lam is in the church choir in one of the many small villages on the plains of China. She is rehearsing for a wedding. Her husband is lying in hospital with pneumosilicosis, the most common occupational disease in China, caused by breathing brick dust. An oxygen supply keeps him alive. Their child, the nine-year-old girl Shengyue, has to leave school because she can't afford tuition fees. That is the way life is, without any prospect of improvement. Interwoven with this we see how Chen Shunjun builds a house on the spot where he hopes the railway will be built.