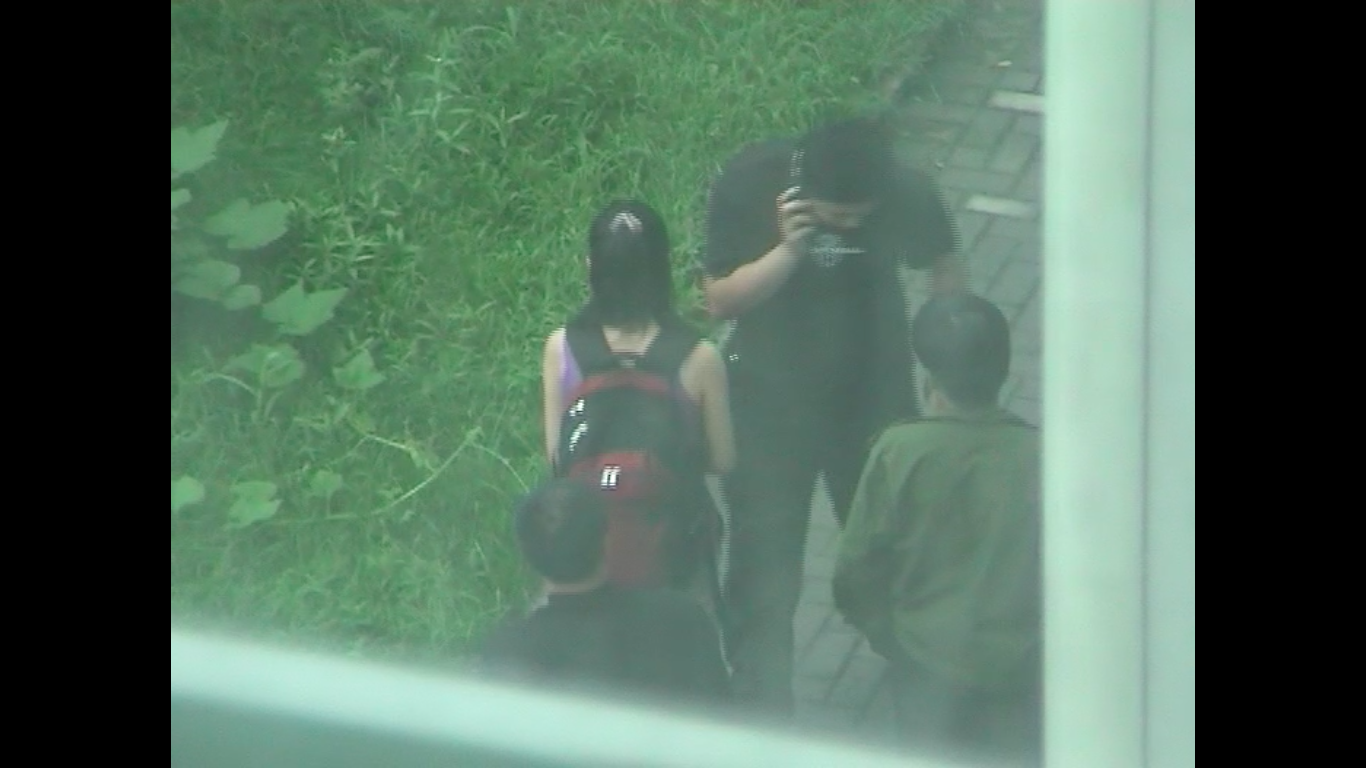 Civil rights activist Hu Jia was held under house arrest from 2004 to 2008 in the upscale eastern suburbs of Beijing. One day Hu picked up a video camera and began to document things outside the window: his watchers, shepherds tending their flocks, spiders in the rain, and his fellow activist and wife, Zeng Jinyan, going to and from work under the unnervingly close watch of plainclothes police.

Zeng Jinyan, scholar, writer, and documentary filmmaker, is currently a Post-doctoral Fellow at the University of Haifa, Israel. Her research and creative interests focus on culture and politics; intellectual identity and social activism; poetry and documentary film; gender and sexuality; and ethnicity, with a particular emphasis on China. She produced and co-directed Prisoners in Freedom City with Hu Jia (2007) and Outcry and Whisper (2020) with Wen Hai and Trish McAdam, wrote the script for A Poem to Liu Xia (Trish McAdam, 2015), and produced We the Workers (Wen Hai, 2017). Hu Jia is a Chinese civil rights activist. His work has focused on the Chinese democracy movement, Chinese environmentalist movement, and HIV/AIDS in the People's Republic of China. Hu is the director of the June Fourth Heritage and Culture Association, and he has been involved with AIDS advocacy as the executive director of the Beijing Aizhixing Institute of Health Education and as one of the founders of the non-governmental organization Loving Source. He has also been involved in work to protect the endangered Tibetan antelope. For his activism, Hu has received awards from several European bodies, such as the Paris City Council and the European Parliament, which awarded the Sakharov Prize for Freedom of Thought to him in December 2008.

This film is the prisoner’s freedom. My original goal in picking up the camera was to document the everyday rights violations being perpetrated by the police surveying us in such close proximity. Gradually, however, the camera became an outlet for my pent-up solitude. Watchers and prisoners alike have been confined to the same narrow space, both trapped in an autocratic system, waiting day in and day out for their own Godot.