For years he has stayed behind closed doors without leaving his home, saying nothing to anyone. The desire to communicate and the energy to act have been completely spent and the opportunity to change is dim and distant.

In that long quietude, memories pay unexpected visits. Unfamiliar faces swim before his eyes along with images from the past. The shapes of others intertwine and become an image reflecting the hidden self that he has been reluctant to face up to. His desire to find the source of his predicament and break free from the cage that his soul finds itself in is awoken. Will a miracle occur this time round?

This is an attempt by the filmmaker to reappraise the relationship between himself and the world through external observation and self-reflection. 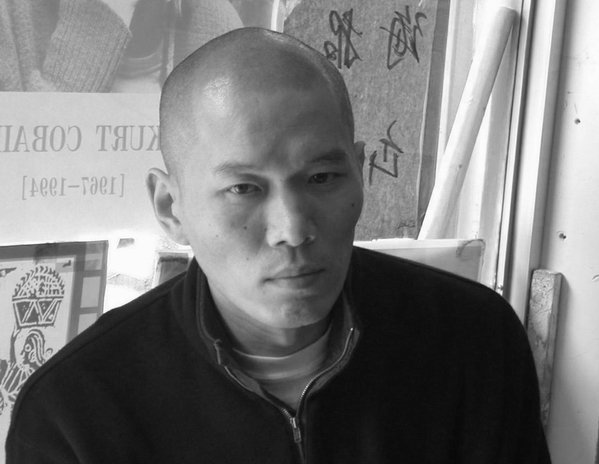 Sha Qing was born in Beijing in 1965. He started filmmaking as a sound recordist and editor for various documentaries. His debut film Wellspring was completed in 2002. He finished Fading Reflections in 2010, which is redeveloped into his new feature film Lone Existence (2016).

12 years ago, while preparing to make a new film, I felt deeply unsettled. Was I going to make a film documenting others again, while hiding myself? And if not, when it comes to expressing myself, what is considered appropriate? How could I prevent it from becoming a portrayal of my personal life?

I started roaming around looking for clues. Through the lens of the camera I began to observe the faces that had mesmerized me over the years. Their simple, wooden, almost naked, lives lay bare before me. In my imagination, I would enter their dark homes with them, trying to surmise what the bright moments in their lives that help them get through their long days are. Because I never trusted language, or perhaps simply out of shyness, I had never really bothered to find out.

Six years later, I put together my observations of other people into a film. However, that unsettling feeling did not dissipate. This is why I felt my work was unfinished.

A few years later, I felt like I was hitting rock bottom. I had never felt like this. But this is precisely when life revealed its extraordinary power. I managed to come back from the brink and gain a new lease of life. I was filled with the courage and energy I had desired for so long.

As I began working on my film again, all those questions that had plagued me before and I had never really delved into began to resurface. And my awakening came as I began to look at the signs and words of encouragement left to us by philosophers and sages of the past. I finally realised that finding the self together with the manifestation of the other could make the desire to reveal the essence of life possible.