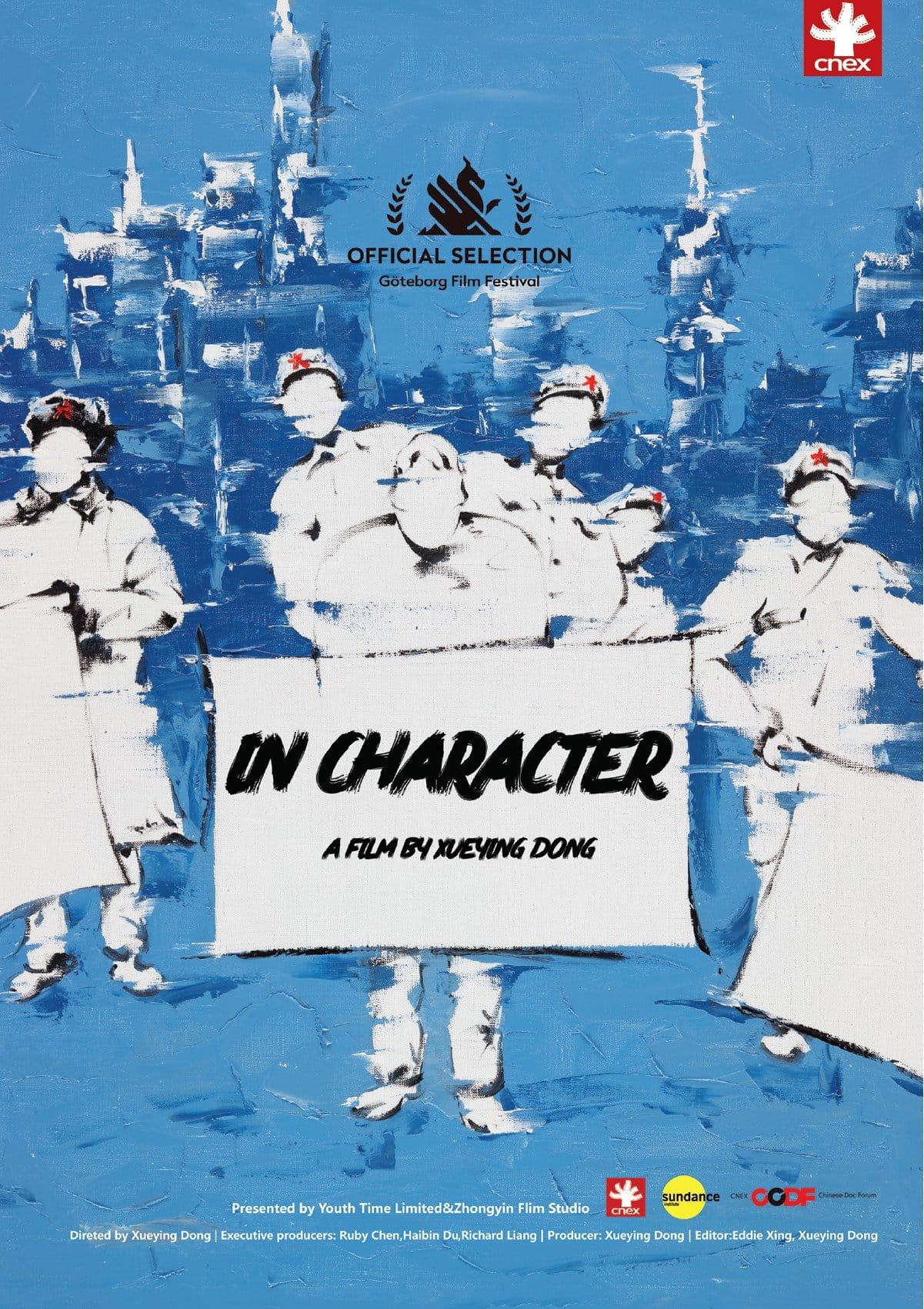 A director with a real Cultural Revolution complex, named Ye Jing, attempts to take 13 young actors back to the Cultural Revolution by confining them to a firearms factory in a village in Sichuan without the possibility of contact with the outside world – just like an anthropological experiment. These 13 young actors must wear clothes and listen to music from the period every day. When one of the actors asks for leave, a great struggle ensues. It would appear that these actors underwent some quite astonishing changes during their time together.

Tracy Dong graduated from the Beijing Film Academy. In 2008, she set up 8090 Studio. She started to make documentaries in 2010 with a DV camera. The production of In Character was painful for her; she handled the shooting, editing, writing, applying to international festivals, and poster design all by herself. It was a learning process for her too. Fortunately, the movie was selected for the Sundance-CNEX workshops and that enabled her to enter the independent documentary market. With the help of friends in the movie business, the film was accepted by the Göteberg Film Festival, the most prestigious event in northern Europe, and premiered on January 30, 2018.

To me, making movies is not simply about enjoying myself but about shouldering more social responsibilities as a filmmaker and influencing and helping others. In In Character, originally I wanted to reflect on the living conditions of Chinese actors. I found it more meaningful to present this as an experience of life during the Cultural Revolution.Indeed, the climax of the movie is based on an actual incident. I do believe this is the charm of documentary. In fact, In Character is not intended as a direct discussion of the Cultural Revolution, but as a way of rethinking collectivism and reflecting on the living conditions of Chinese actors.