How Is Your Fish Today? 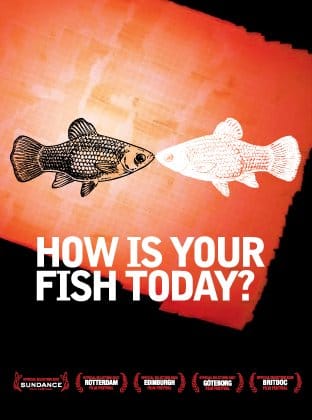 A young man in southern China has killed his lover. He starts a lonely escape across the country towards his land of wonder, a snowy village on the northern border.

Sitting at his desk in Beijing, a scriptwriter is writing that man’s story. It is through his characters that his life gains its weight, meaning and freedom.

His imagination blurs the boundaries between reality and fiction.

The snowy village lies on the quiet border between China and Russia. Old villagers fish under the ice, school children study English texts about America. They endure the long winter nights waiting for the sun to come back.

When the scriptwriter arrives in that mysterious village, he meets his own fictional character, lying on the frozen river at the border, covered in snow.

Two men contemplate the icy landscape. One wants to cross the border to see the other side of the world. The other longs to head back to his hometown, which he left so many years ago.

I want to set this imaginary landscape in a village on the border between China and Russia, a place Chinese schoolchildren know of, called Mohe. Mohe is the mythical northernmost point of China, where one can see beautiful northern lights – that’s what is written in our school textbooks.

I want to introduce this place in an unusual way: to look at it through this man - my scriptwriter friend Rao Hui. He is a writer who really writes, a writer who has an uneventful writer’s life, because he only writes but doesn’t live. He has been stuck in his flat since the day he came to Beijing, and he has spent his days and nights creating stories set in remote places he has never been to. Following his imagination, the narrative of the film will twist and turn and reshape itself constantly, as the scriptwriter changes his ideas about the places and problems of his characters.

Let’s come back to the imaginary landscape. Ever since Rao Hui and I were students at the Beijing Film Academy, he has always kept talking about specific places he’s been reading about in his favourite novels. For example, Patrick Modiano’s book Dimanches d’Aout is set in Nice in France. Because he loves that novel so much, he dreams of spending his life in that French town, so remote from Beijing, and he is prepared to work very hard and save money so he’ll be able to sunbathe on the beach of Nice when he grows old. Will that day ever come?