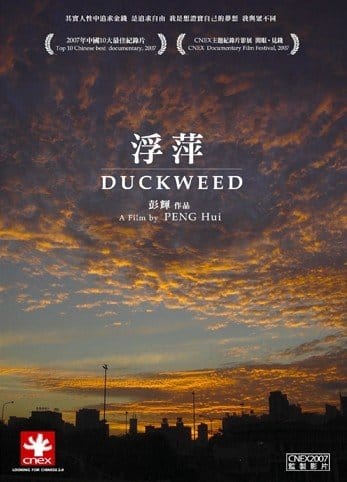 20 years ago, Wu Yu came to Shenzhen with a dream. As he earned RMB 300 a month huckstering unmarketable beverages on his bike under the burning sun, he never expected to be a billionaire. For many “rich people” in Shenzhen, their path to wealth two decades ago was nothing more than smuggling, playing the stock market and property speculation. Wu Yu followed a similar path. A decade ago, when he was penniless in Shenzhen, he made a killing in the then unregulated Chinese stock market. Later, he turned to the property industry, where he became a billionaire very quickly. He said, “In China, I will not do unlawful things, but I will never be a law-abiding citizen. Violators of the law will be imprisoned but being law-abiding doesn’t make money.” He became rich, well known in Shenzhen’s business circles, and served on the board of a famous university. But then he began to miss the literary ideals of his early years. He wanted to break away from being a “mere businessman”, get involved in cultural investment, and seek some self-esteem in being a “cultured person”. He chose to invest in low-budget films and operate a “clean” KTV venue. On April 8, his 43rd birthday, a film Wu invested in opened the Tianjin site of the China University Film Festival. However, the applause of the students was apparently not for Wu, as the actors and actresses were the stars. As the film’s investor, Wu Yu left unnoticed to follow up on contacts for film distribution. The “clean” KTV opened with an investment of more than ten million RMB, but financial realities forced Wu Yu to give up on his “cleanness” after six months. He compromised; in the end, his cultural ideals failed when faced with the actual social environment. Bright and overconfident, Wu Yu is always proud of his judgment. However, he missed a fantastic opportunity in the bull market last year, despite his past successes playing stocks. Once, he got drunk. Tearfully, he told the director, “Peng Hui, now I’m rich, but I have no roots, I float in Shenzhen, just like duckweed.” 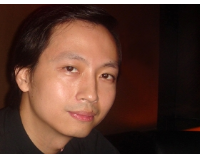 Since he started making television programmes, Peng Hui has won more than 80 international and national prizes for his 32 works, including 12 international prizes and eight domestic ones. His works, including Balance, Hollow Mountain, and Packbasket Cinema, have been selected for international film and television festivals in France, Hungary, Italy, Canada, the United Kingdom and the Netherlands. Four of his works have been collected by the Taipei Film Archive and The Chinese University of Hong Kong.

On the evening of 28 April 2007, Wu Yu was in Beijing on his way to Canada, while I was in Shenzhen to pack up my luggage and equipment, ready to return to Chengdu. The phone rang, and Wu Yu’s voice was a little bit anxious: “Peng Hui, I feel the title Duckweed is not so good. It sounds like I’m a roving part-time worker.” “So what’s your suggestion?” “Zhi Liu” “Zhi Liu? What does that mean?” “An intellectual gets roguish!” I forced a smile, but refused it. Recently intellectuals are getting too zealous to be roguish and some of them are just pursuing a fad. Moreover, the phrase “Zhi Liu” is too obscure and difficult for either intellectuals or rogues to understand, making it unsuitable for a film title. As we know, duckweed is a plant that lives in water. Its life, unstable or calm, depends on the motion of the water. It seems rootless and weak, but in fact it is very strong; it can always adapt rapidly to changes in the water and the surrounding environment, always surviving, growing stronger. While floating in Shenzhen, Wu Yu never stops self-correcting and adapting to a competitive environment in order to survive. His roots are not in Shenzhen, but he is very robust. I decided not to rename the film.