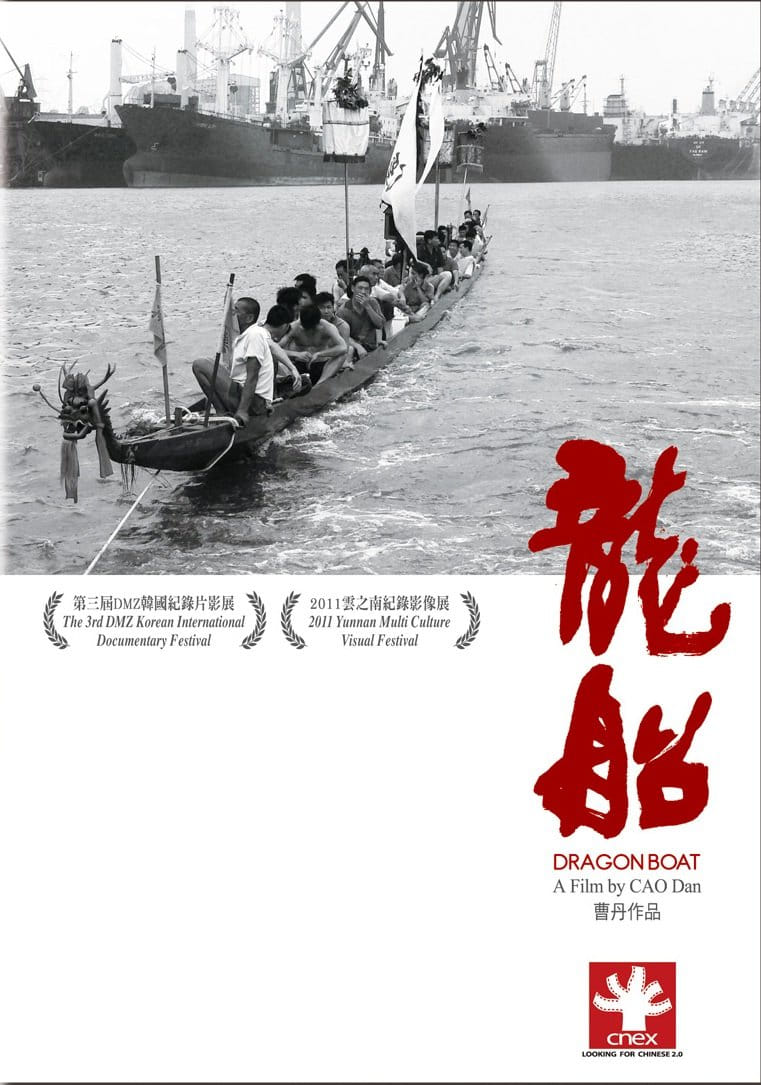 The annual dragon boat race was a major event for the villagers of Lianxi, on an island in southern China. Following the construction of University Town in 2003, the villagers were forced to resettle. Today, the island has been turned into a mini city, and the former site of Lianxi Village has been transformed into a folk culture resort. Resettled villagers return to the site every year to continue their tradition of dragon boat racing. Will the dragon boat remain the link between the villagers and their former homeland? Lianxi Village's fate profoundly reflects the many ongoing encounters between native cultures and modernization in China today.

Born in Guangzhou in 1972, Cao Dan graduated from the Guangzhou Academy of Fine Arts in 1992. She emigrated to France in 1998 and studied Anthropological Filmmaking at the Paris Higher Education Experimental College. She currently divides her time between China and France and works as a painter, filmmaker and designer.

This film started in 2001 with the filming of the dragon boat burial ceremony in a pond in Lianxi Village after the Dragon Boat Festival. The love of dragon boat racing demonstrated by the villagers and the fact that the traditional event was still valued in the village made me reflect on modern lifestyle. I began to wonder how Lianxi Village would fare in the face of increasing urbanization and globalization. Unfortunately, in 2003, the urbanization of the village was accelerated by the construction of University Town in the metropolis of Guangzhou, just over 10 kilometres away. Although living standards improved for the villagers after they were relocated, the villagers were quite lost with the drastic changes in their lifestyle and the sudden disconnect from their tradition. Yet Lianxi Village was lucky to be able to preserve their village and the ownership of their ancestral hall. The village was maintained as a tourist destination, and the villagers can still hold gatherings in their ancestral hall. The head and tail of their dragon boat is held in the hall as well. In a way, the spirit of the village is housed in the ancestral hall and the life of the village is lives on in their dragon boat rowing. As the drummer in the film remarked, "Our ability to row the dragon boat well depends on how united our village is". Every year, the Dragon Boat Festival pays tribute to the ancient poet Qu Yuan. In 278 BC, the poet-in-exile drowned himself in the river upon the collapse of his country. I wondered if the Dragon Boat competition still held any real significance after more than 2000 years. Reflecting on the dragon boat tradition, the French author François Cheng once wrote that “The poet is a symbol of men's deep respect for the Right Way. When they celebrate his memory, it is both a day of remembrance and a celebration of life…Humble farmers, who had to submit to government sovereignty in order to make a living, are now regaining a sense of dignity.”