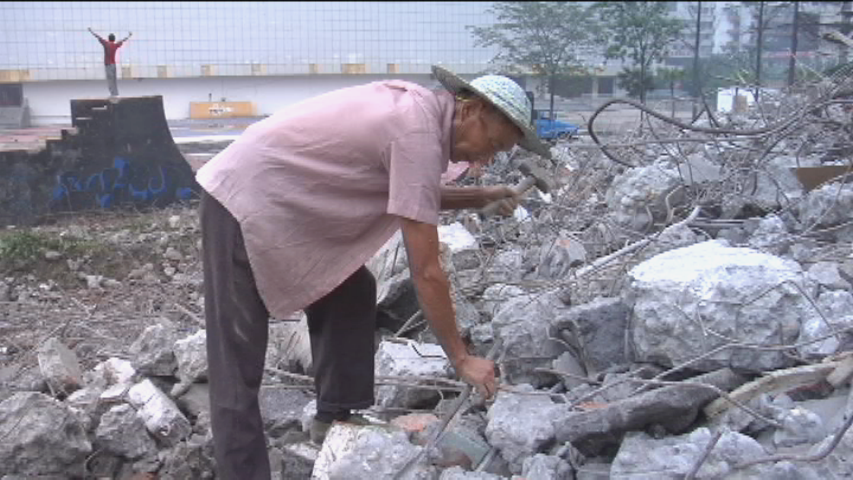 Filmed on a worksite in the center of Chengdu, the capital of Sichuan Province in western China, Chaiqian (Demolition) is a cinematic portrait of migrant labor, urban space, and the ephemeral connection between film-subject and filmmaker. Attending first to the transforming worksite—including the demands of physical labor and the relationship between human and machine—the film gradually shifts focus to the group of thirty men and women who have come from the countryside to work in this ever-changing urban landscape. The workers share jokes, meals, and evening strolls through the city, all with the filmmaker in tow. Whether on the worksite or in Chengdu's main square, they encounter a range of reactions from the city residents, from friendly curiosity to aggressive suspicion. With formal rigor and careful composition, Chaiqian (Demolition) explores these interactions between members of China’s “floating population”, the city’s residents, and the filmmaker himself, offering a meditation on class, urban change, and cinema itself.