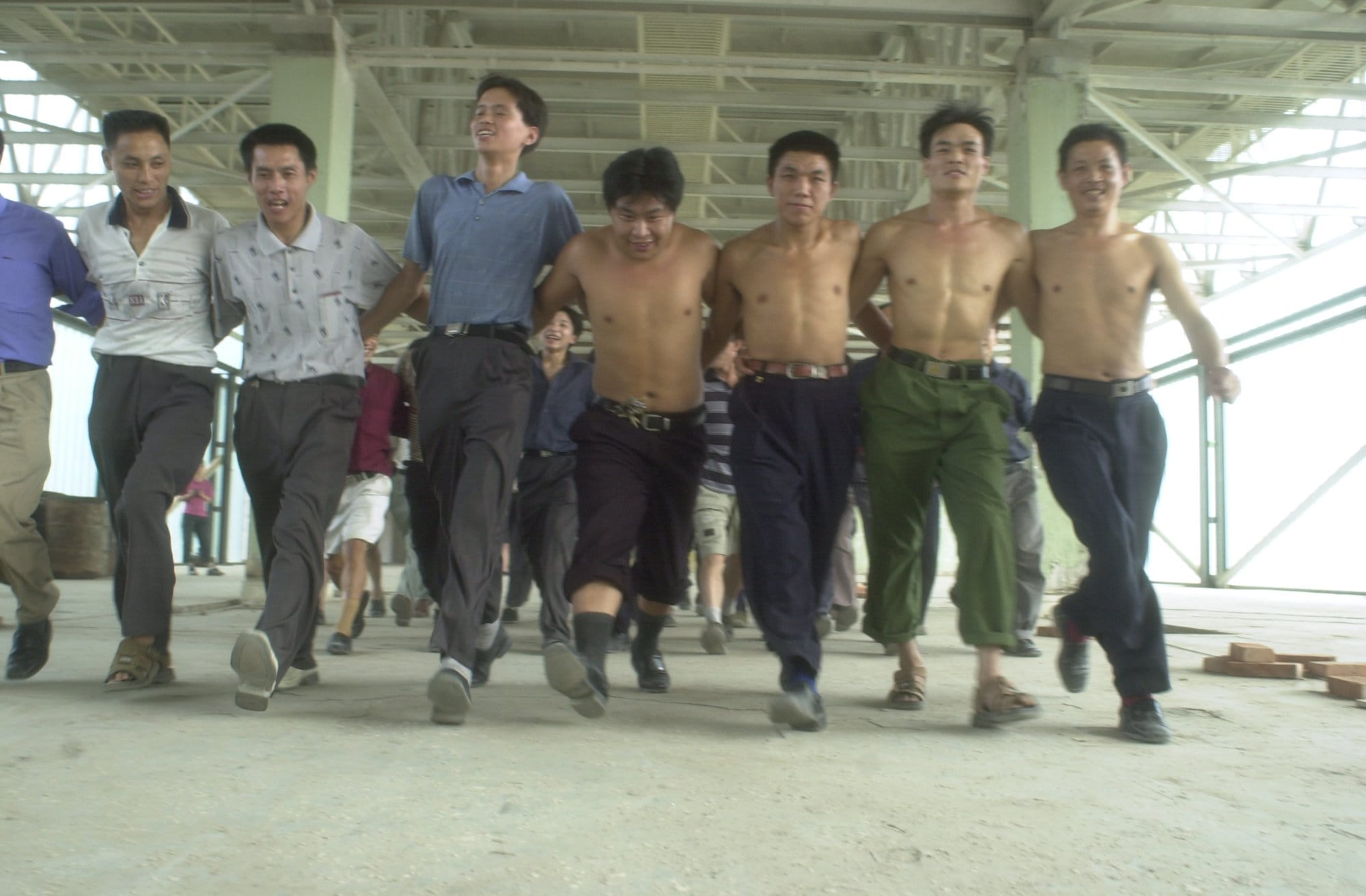 Dance with Farm Workers is a documentary about a very unconventional performance of the same name. Unconventional in as much as the project involved not only actors and dancers, but also 30 Beijing farm workers from the poorer regions of Sichuan Province. In addition, both the rehearsals and the performance took place on the production floor of a former textile factory that could soon be torn down as part of Beijing’s rapid modernization, as had thousands of such factories before it. The superbly fit farm laborers, who came to the city when they lost hope that conditions would improve at home, are the supporting pillars of this modernization. The performance was initiated and organized by choreographer Wen Hui, artists Song Dong and Yin Xiuzhen, and myself. We invited 10 professional dancers and actors, three of them (a French woman and two Americans) foreigners studying in Beijing, as well as 30 farm laborers working on building sites in Beijing whose sole wish as first was to be paid 30 yuan a day, which we promptly did. It was only some time later that they discovered that they, the lowest of the low, would be standing centre stage.