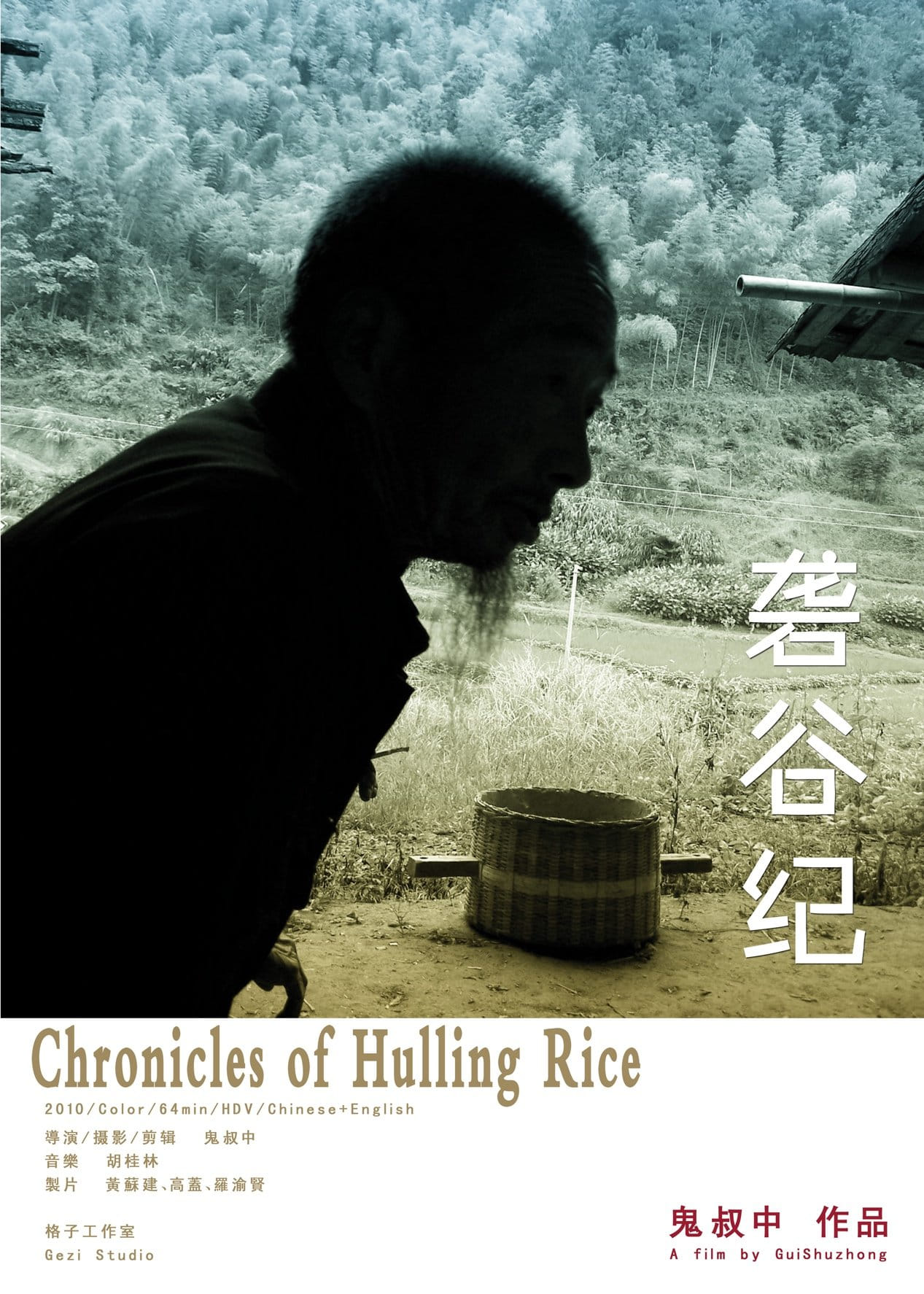 “In the sound of rice hulling, the rice falls in the jar; and in the booming sound of thunder, the raindrops fall on the ground. With shovel on shoulder, we’re farming under the sky”. This children's folk rhyme used to be very popular among the Hakka people who lived in the western part of Fujian Province, China. While farming is not an easy work, rice hulling is even more laborious work. A rice huller is a tool that has been used by farmers in southern China to hull rice over thousands of years of their farming history. This documentary films the making of probably the last rice huller ever made by mankind. A rice hulling machine tells the tragic destiny of the traditional rice huller. It is hard to explain why I contacted Mr. Liu Shui, a master of making traditional rice hullers, to help me make a rice huller which may be of no use at all in real life. He is so scrupulous about every detail and skilful, a vivid reflection of his personality; pure, humble, silent and with a little bit of a stutter. As an honest villager from the lowest levels of society, he lives a calm and balanced life, just like the running water of a river. I think the whole process of making a rice huller employed by Mr. Liu Shui is just to produce works of art. But can those artists be so pure and simple? Works of art always need some decoration to tell a story of their own. I tried to talk with this farmer as much as possible, have some informal chats, trying to make friends with him, hoping I can calm myself down…