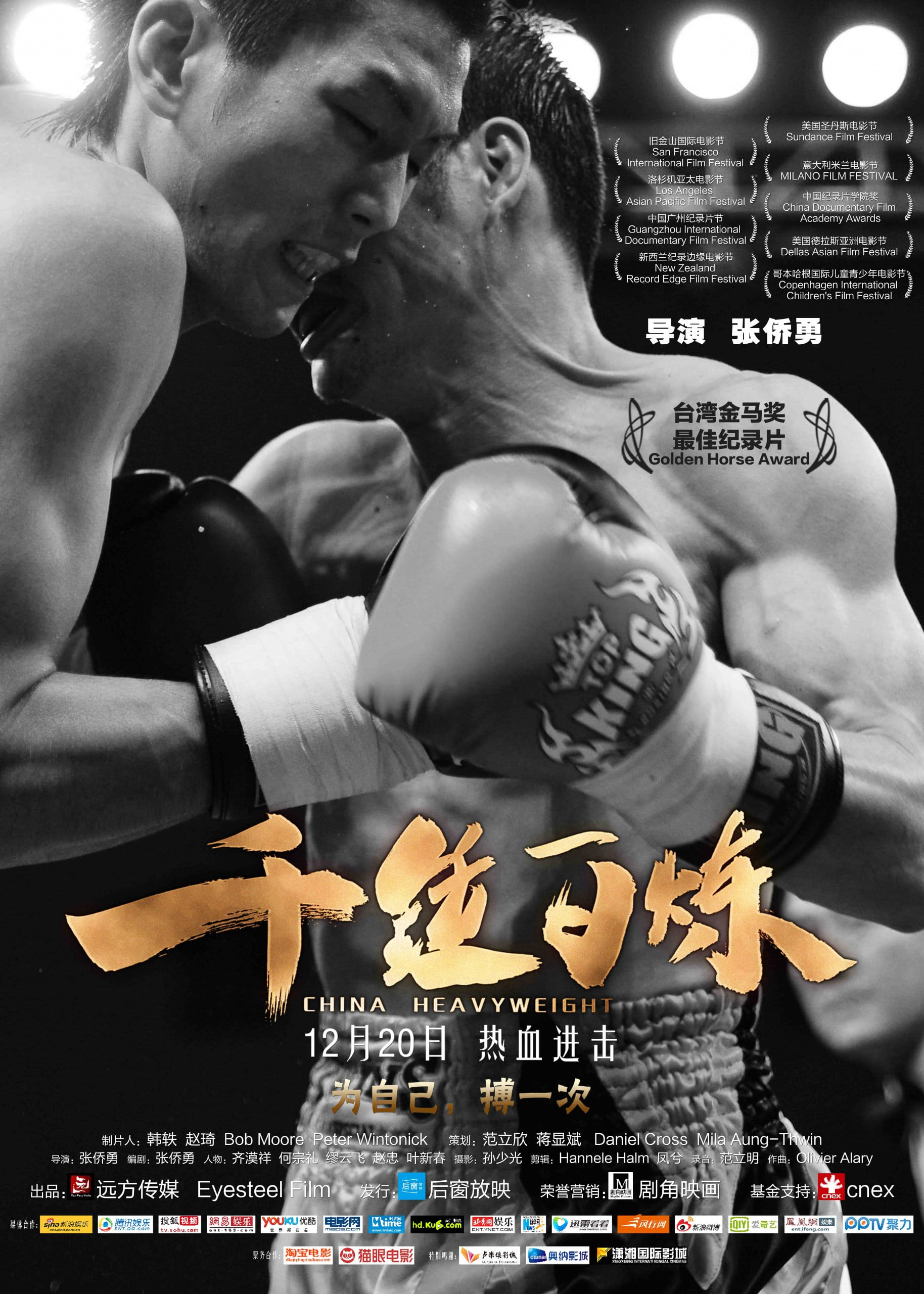 In central China, state athletic coaches scour the countryside to recruit poor, rural teenagers who demonstrate a natural ability to throw a good punch. Moved into boxing training centres, these boys and girls undergo a rigorous regimen that grooms them to be China’s next Olympic heroes but also prepares them for life outside the ring. As these young boxers develop, the allure of turning professional for personal gain and glory competes with the main philosophy behind their training—to represent their country. Interconnected with their story is that of their charismatic coach, Qi Moxiang, who—now in his late thirties and determined to win back lost honour—trains for a significant fight.

Yung Chang (born 1977) is a Chinese Canadian film director and was part of the collective member directors of Canadian film production firm EyeSteelFilm. Chang is a graduate of Concordia University's Mel Hoppenheim School of Cinema in Montreal (BFA 99)[1], the Neighbourhood Playhouse School of the Theatre (2003), the Canadian Film Center (2009), and the Directors and Screenwriters Lab at the Sundance Institute (2015). He was invited to join the Academy of Motion Picture Arts and Sciences in 2013 and is currently an active member.