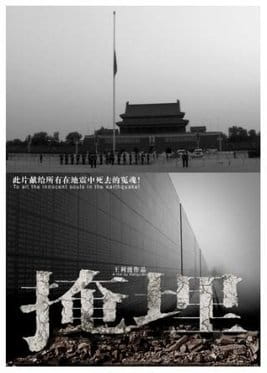 The documentary film Buried uses a factual and objective perspective to revisit the piece of buried history that is the Great Tangshan Earthquake. The film seeks to uncover the unknown truth, suffering, and bitterness regarding how many people were actually killed in the quake, exposing a much higher number of potential deaths. Regardless of whether we can confirm or deny this fact, the truth can never be buried: history will exist forever.

Buried interviews people involved in the 1976 Tangshan Earthquake, reveals the process of prediction and non-disclosure of the earthquake, using the count-down method, and describes the disregard of this non-disclosure by the government, which led to the tragedy in Wenchuan in 2008, a recurrence of the Tangshan quake

The 1976 Tangshan Earthquake left the world with a lot of unanswered questions. Before the earthquake, seismological personnel in Tangshan and quake experts in Beijing had already warned of an imminent quake. But in the end, more than 240,000 people had to pay with their lives, causing a shocking tragedy of massive proportions. Why did this happen? In the 2008 Wenchuan Earthquake about 100,000 people were killed. Faced with terrible quakes, the human race repeats tragedy time and time again. It is terrible that people can only offer money and bland tears after the disaster, when better preparation could have saved lives. A people must courageously face its own weaknesses; only then is there room for progress.