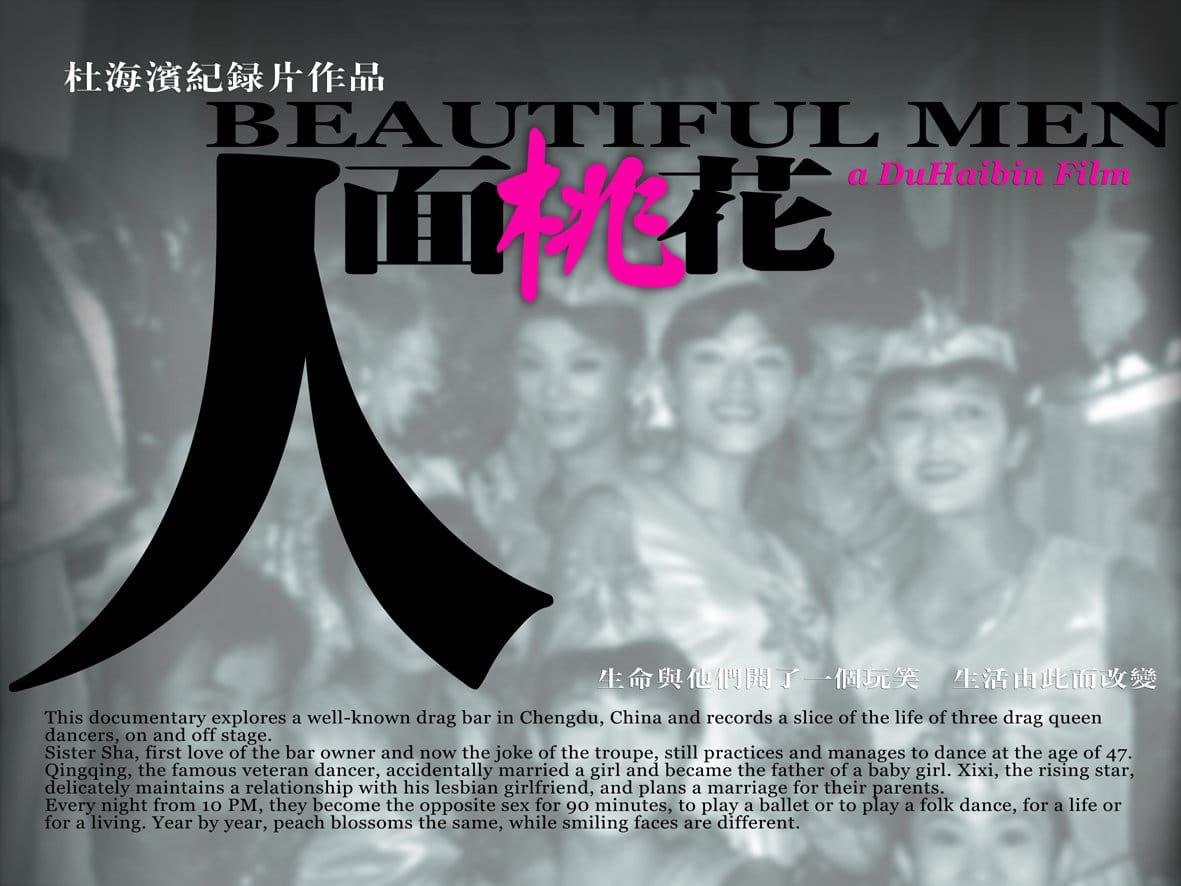 Set in a famous drag bar in Chengdu, Sichuan, this film explores the on- and off-stage lives of three of the club’s drag queen dancers. Sister Sha, was the bar owner’s first love. Now 47, he still practices and performs, but has become the butt of the troupe’s jokes. Qingqing, a veteran dancer, is married with a baby daughter. And Xixi, a rising star, plans to marry his lesbian girlfriend in order to please both their parents. Every night at ten o’clock, these men take to the bar’s stage to perform a ballet number or a folk dance. Year in year out, the peach blossoms are the same, but the faces smiling back are different.