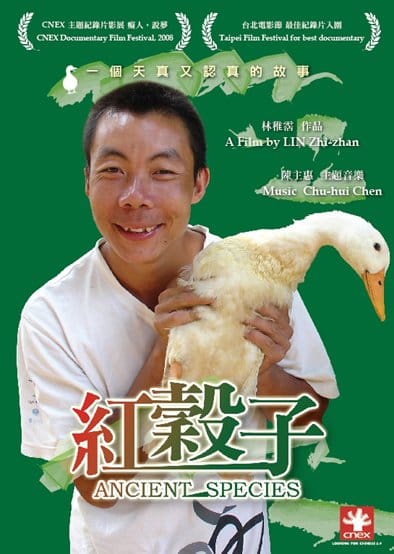 Xiong Jiefeng is naive but not easily influenced. Different from other Chinese young people who prefer working in the cities, Xiong decided to go back to his hometown, Pingzhai Village in Yunnan Province, and started to plant the "Red Rice Seed”, a kind of ancient rice species. So-called organic agriculture has an age-old tradition in China. The skills have been passed from generation to generation. This is the major reason why farmers connect to the land both historically and emotionally. The "Red Rice Seed" can only be grown in a traditional and organic way. If its cultivation were to succeed, problems resulting from artificial fertilizers and the overuse of chemicals since the twentieth century could all be resolved. However, the "Red Rice Seed” cannot be as easily planted or as richly harvested as newer rice species. More and more farmers decided to use these new species, causing the extinction of the ancient species. Xiong, who is innocent and straightforward, tries his best to overcome all these difficulties to plant the "Red Rice Seed". At the same time, finding a young woman willing to marry him seems even more difficult than growing the "Red Rice Seed” successfully...

Lin Zhizhan was born in Taipei County, Taiwan, and now lives in Kunming in mainland China. He has a B.Sc. and M.Sc. in architecture. However, after Taiwan’s 921 earthquake on September 21st 1999, he started to make documentaries and entered the Graduate Institute of Sound and Image Studies in Documentary, Tainan National University of the Arts. After graduation, as he found it harder and harder in Taiwan, Lin decided to move to mainland China in the hope of making documentaries that bring people true happiness. He has made several documentary films including One of My Stories – Can’t Go Down the Hill After Going Up, My Deer Port, and Cannot Retreat But Advance.

In a seminar held after the release of a documentary about migrant workers in the villages located inside the cities, someone said that he couldn’t imagine that with the current living standards, some people still lived in such poor conditions. That’s right. Most people can hardly see how people live under different living conditions, but there are even fewer people would have come to realize that the reason we have a better life is strongly related to “their” living standards. As some people are getting rich, how do they consider those who help them become rich? Why do migrant workers still flock into the cities every year at all costs? Maybe we can find some clues by looking at the status quo in the rural areas. Some people asked me whether there were some differences between this documentary and the very popular film Let It Be in Taiwan. Of course, the point of view and shooting methods are different. However, while shooting the film, I had a profound feeling that Let It Be marks an ending for the farmers, whereas I was recording the foreword and the prologue.