All There Will Be 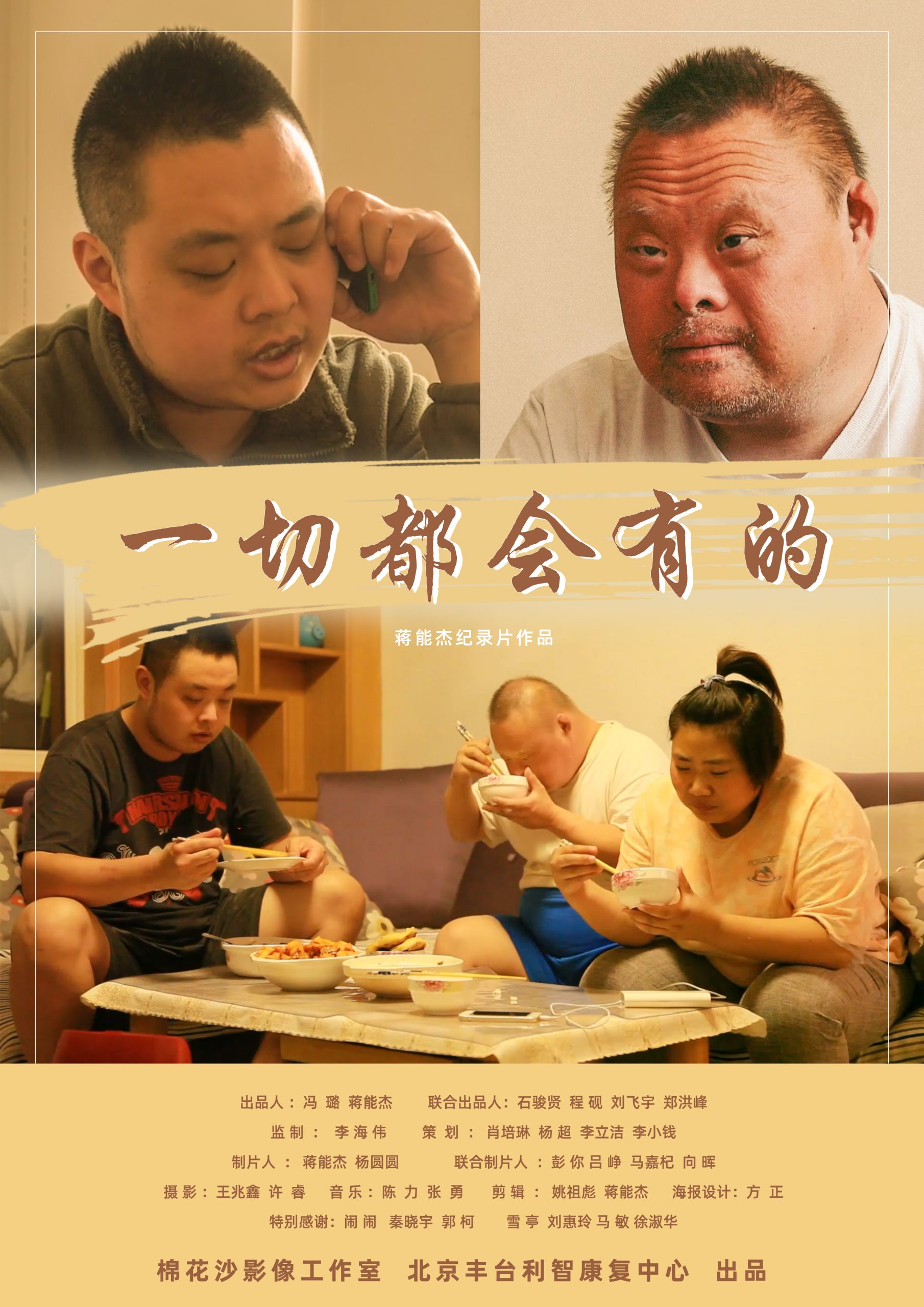 All There Will Be is another work by director Jiang Nengjie after his Miners, the Horsekeeper, Pneumoconiosis. This time, Jiang and his team spent two years filming a group of people with mental disabilities, who are commonly considered special and vulnerable, in a non-profit institution in Beijing. In All There Will Be, the audience witnesses the uncontrollable daily lives of the mentally disabled and the immeasurable efforts, extraordinary patience, and love the assistants put into their work. This is a story of the mentally disabled obtaining basic human rights and making efforts to live on their own.

The documentary focuses on the daily life and emotions of patients Liu Hao and Liu Sibo, including events such as misunderstanding others, getting mad, smashing windows, cooking, buying Coke, mopping the floor, swinging, listening to the music, and taking a ride home.

Care for disadvantaged groups and special groups is the symbol of civilization and progress. It is the duty of the government to improve the guardianship system for special groups. Jiang and his team hope that the society will provide those with mental disabilities with more understanding, respect, and loving care. Sunshine, joy, happiness, and hope, all will be there. May the “lonely wildflower” fit into the society and live happily without loneliness.

Jiang Nengjie is a renowned independent filmmaker, documentarian, and director. He was born in Hunan province in 1985 and was member of the first generation left behind by parents looking for work in cities. In 2009 he established his Mianhuasha Film Studio and produced numerous documentary films featuring the countryside in China. In 2010, he made the documentary film The Road, which was nominated for the 7th China Documentary Film Festival. His most well-known film is Children at a Village School (2014), which is about village children left behind by their parents who go to the cities to work as migrant workers. It won Best Documentary Film in the 3rd Phoenix Documentary Awards. He has produced numerous films since then, including The Ninth Grade (2015), Anti-Japanese War Veteran (2015), Jia Yi (2016), The Sichuan Army Veteran Peng Guochen (2017), Yun Jie (2018), and others. His most recent documentary, Miners, the Horsekeeper and Pneumoconiosis (2019), has been very popular online due to the increasing public attention to health issues after the coronavirus outbreak. He is currently working on Rainbow Cruise, which is a documentary film about the LGBT community in China.