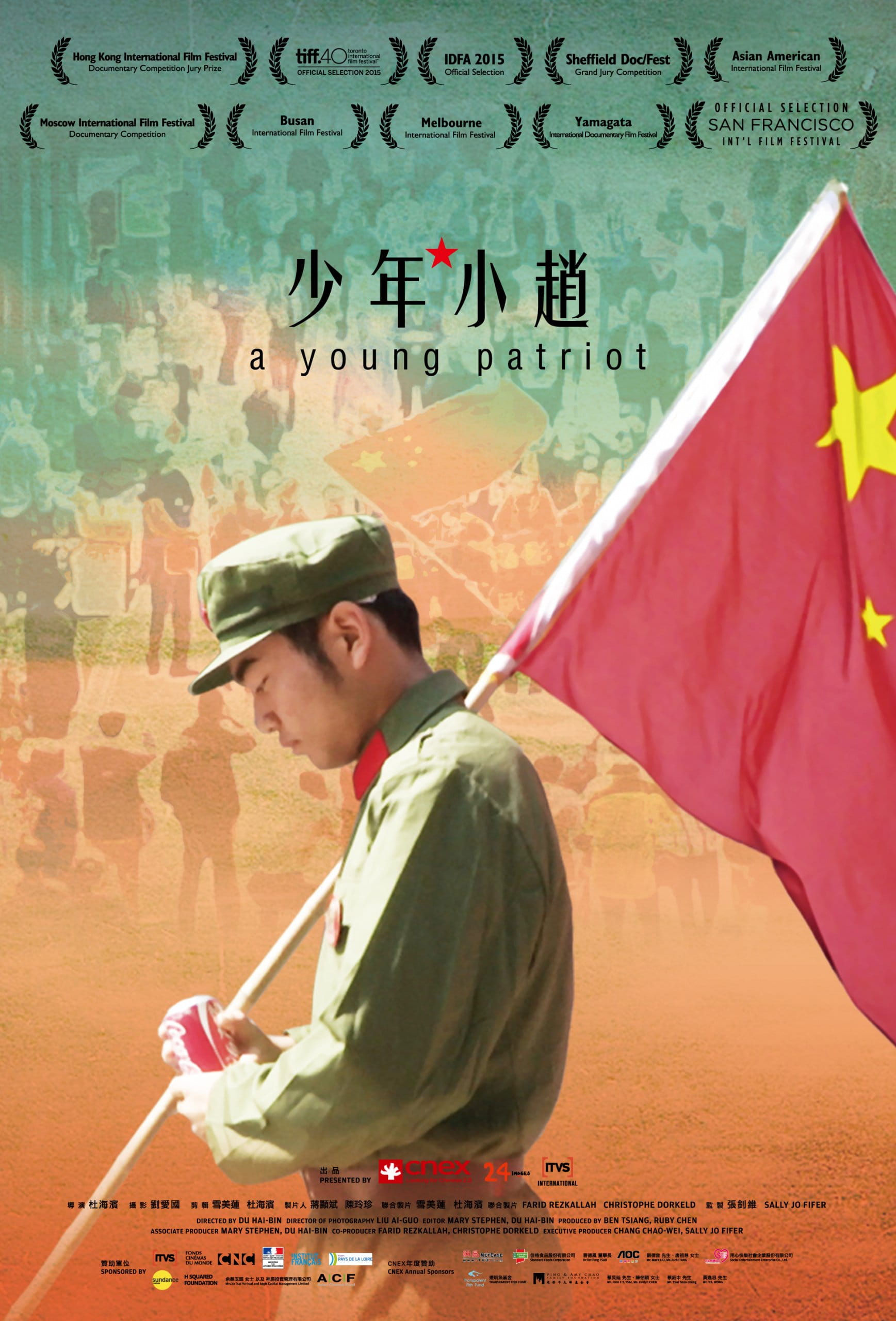 A Young Patriot is a documentary about a post-90s young man, Xiao Zhao. The film follows the protagonist Xiao Zhao's life experience, from a 19-year-old boy waving a flag and shouting the slogan "Long live China! Go China!" on the street of Pingyao, an ancient town in Shanxi Province, to a college student in Chengdu, Sichuan Province, and as a volunteer teaching in Liangshan Yi Autonomous Region. It records Xiao Zhao's emotional and ideological journey during the four years from his senior high school to his sophomore year, while witnessing and presenting the restlessness and disturbances that Chinese society is currently undergoing.

The year 2009 marked the sixtieth anniversary of the founding of the People’s Republic of China. The once-in-a-decade large-scale military parade was held once again. This time, China was experiencing its greatest economic growth in the last 60 years. I saw the broadcast of the spectacular military parade on China Central Television, and my mind was completely blank. Maybe it was because we have had such a long period of peace, seeing the resolute expressions on soldiers’ faces and those chilly weapons made me uncomfortable. A few days later, I travelled to Pingyao and Shanxi to attend an event. On the main street of this ancient town, I came across a group of energetic teenagers born after 1990, shouting, “Long live China! Go China!” as they roamed the streets. People welcomed and applauded them wherever they went. Back in the hotel, I thought for a while and realised that these kids were at most 19 years old. What was I doing when I was 19? It seemed that I had started preparing for the annual National College Entrance Examination back then, when my only goal was to get into the renowned Xi'an Academy of Fine Arts in Xi’an, the provincial capital. A few years before that, I was insanely obsessed with breakdancing, which was very popular at the time. The trend actually originated from a movie called Breakin'. Perhaps due to the limited access to information we had in those days, this movie was the only “textbook” we could get hold of. So, to this day, Breakin' remains the film I’ve watched the most. Now, in this digital age, people can find Breakin' on the Internet, but I doubt many youngsters, especially those born after the 1990s, would be willing to watch such an old movie. This was also the starting point of my thoughts: in a society with such an information boom, what do these teenagers think about? What is a country? What do they think of their own country? Do they really love their country? How do they express their patriotism? Anyhow, these questions would work the same for a person born in the 1970s, like me. I wouldn’t know how to answer them immediately. Thus, I wanted to look for the answers by making this film.