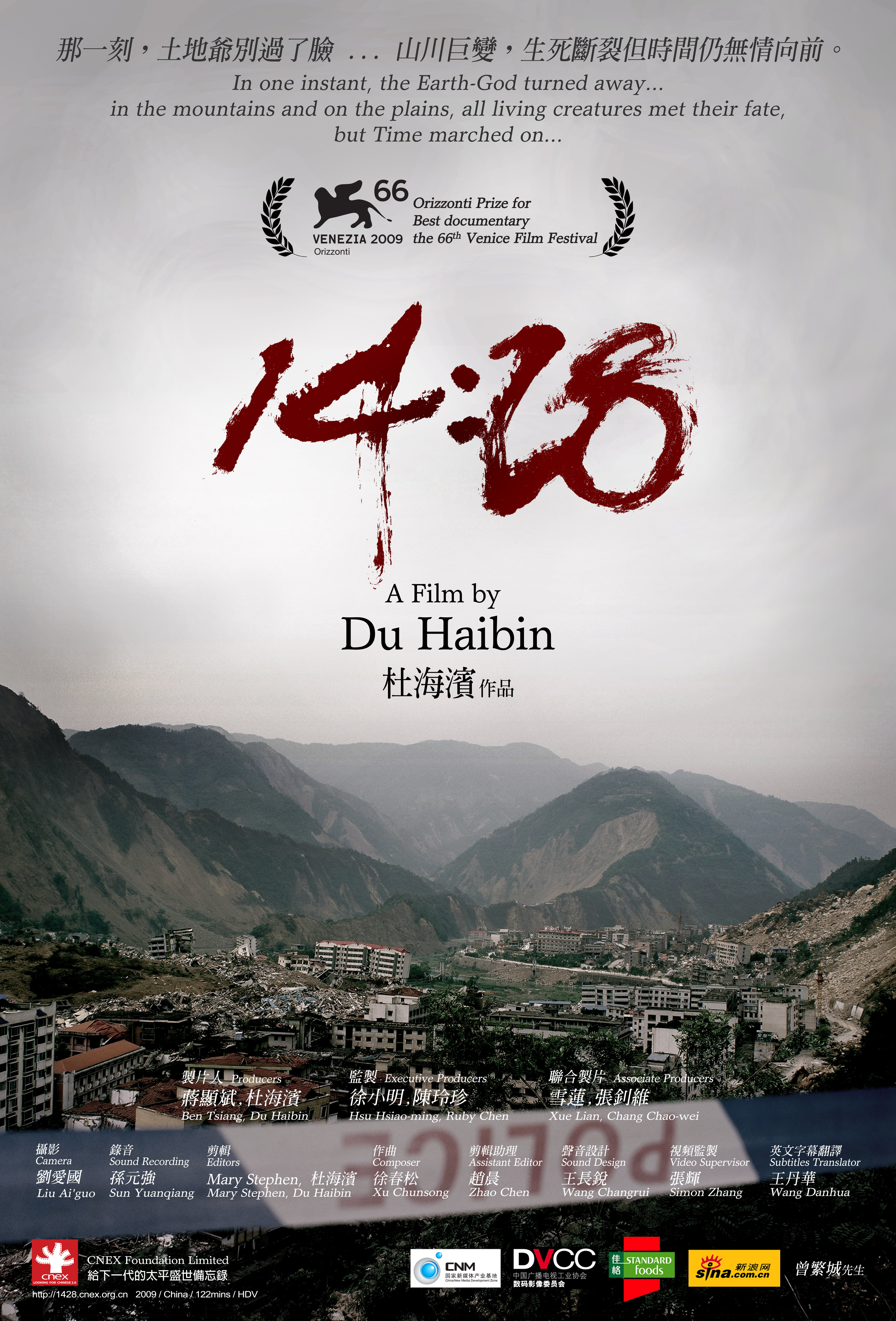 The “Great Sichuan Earthquake” took place at 14:28 on May 12, 2008. 10 days after: scenes not seen on official TV; “survival” is the keyword. Ordinary people are salvaging destroyed pig farms in the mountains, recuperating cents-worth of scrap metals, or pillaging victims’ homes. Behind the highly mediatized official visits is the inconsolable grief of families searching for loved ones. Throughout, a vagabond in tattered clothes wanders among the ruins, observing tragic scenes. A monk and a Taoist visionary suggest: “the earthquake is the consequence of Earth gods no longer worshipped”. 210 days after: a harsh winter, villagers preparing for Lunar New Year, the vagabond and family are detailing grievances about the mishandling of rebuilding schemes and relief funds. Gearing up for a high official’s visit leads to a thorough clean-up of the villages and tent resettlement for refugees. Promises made that all will be living in houses by winter seem tough to keep. Fake parts in the community transformer lead to an electricity blackout during New Year’s Eve reunion dinners. New Year’s Day starts as never-ending parades of tourists buy DVDs of the earthquake’s most horrific scenes, souvenir albums of corpses being pulled out of the ruins, and take photos in front of Beichuan, the town most severely hit, where over 70,000 people perished in seconds.

Nearly 100,000 lives lost, countless buildings, bridges and roads ruined. Lots of touching stories of people offering help from all over and mourning innocent victims. Yet, disaster also brought out the demons in man’s nature, made nakedly transparent. Among the aftershocks in the ruins there is abuse of the collective system, mistrust between people and local governments, and betrayal among survivors… I couldn’t help but record this absurd reality that I didn’t want to see and which the mainstream media would not record. New seeds sown, destroyed houses rebuilt, even lost lives can be replaced by new births. But the limits of human nature will drag humanity down if we fail to confront and reflect on our behaviour. Pain can be eased, memories can fade, but disaster may come again… I am dedicating this film to the memory of those who passed away.