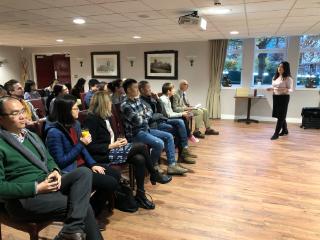 emergency facing our planet. The tour ran from 7 – 21 November 2019 and hosted three awarding winning independent filmmakers from China, Wang Jiuliang, Fan Jian and Wang Libo for presenting their films Plastic China (2017), The Next Life (2011) + A Second Child (2019) and Oh, the Sanxia (2013) to UK audiences. With its persistent efforts to promote Chinese independent films in the UK, CIFN made an important breakthrough this time in that it hosted screenings and Q&A discussions at six arthouse cinemas in five cities: Tyneside Cinema Newcastle, Home Manchester, Showroom Sheffield, Lakeside Arts Nottingham, Phoenix Cinema and Bertha DocHouse London, and the University of Edinburgh. This has greatly raised profile of Chinese independent films and reached new audience beyond the campus in the UK.

The importance of the tour resides in not only promoting activist and socially engaging form of discussion but also the global eco-consciousness it raised. 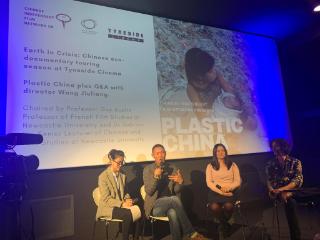 Plastic China highlights China’s role in the global waste trade and reveals how people are connected by plastic waste and it’s everyone’s responsibility to save the planet. More importantly, it exposes that the worldwide waste problem caused by global consumption of plastic is hitting people living in poverty. Audiences responded variously in different cities. The audience in Newcastle and Sheffield was very emotional after screenings and was more concerned about health and education of the children working and living in the plastic waste workshop where the hygiene is appalling. The audience in Manchester and London discussed the most effective ways of reducing plastic waste as they saw the severity of damage caused by plastic waste to deprived children and adults in the film. Director Wang Jiuliang told audiences that this workshop and family were not unique at all but ubiquitous to the location. As a result of the positive impact of the film, China has banned importing plastic waste from the West.

Post-disaster psychological issues can be easily overlooked after ecological disasters. The Next Life and its short follow-up A Second Child bring people’s 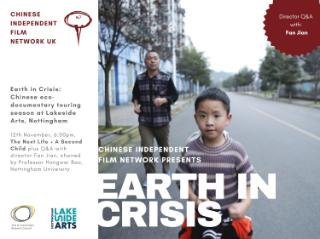 attention to post-disaster mental health, which is as important as physical recovery.These films follow a couple who lost their only daughter in the Great Sichuan Earthquake in 2008. Charting their lives for a decade, the film is an emotional tribute to the couple’s longing for another child. When they are blessed with a son, it serves only as a reminder of their loss. The couple are eager to build a bond between their son and deceased daughter to remember her so that they could relieve their pain of the unbearable loss, whereas the son is developing a sense of his own worth and ego and expecting a new future. The underlying tension alerted audiences that the family were still grieving, including the new member who did not experience the disaster. The hidden issues of emotional trauma and recovery were of interest to audiences at all the venues. Attendees were also very happy to know that director Fan Jian continued shooting the
‌children who were born after the deaths of their siblings, which will enable long-term observation of the post-disaster generation.

‌‌The tour provided audience members with the exclusive opportunity of understanding and debating the most expensive and controversial dam project Three Gorges by premiering Oh, the Sanxia in the UK. It presents the director’s personal views and critique of the Three Gorges Dam (Sanxia) 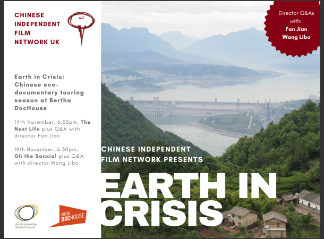 based on in-depth research consisting of various interviews and conversations with experts, dissidents and displaced communities. The film not only explores the dam project itself but also reveals the vicissitudes of China’s politics over the past few decades. Wang’s opposition to state policy is a perspective rarely heard or discussed in China. Wang believes it is the duty of every citizen to raise critical and dissenting opinions. Audiences at all venues were concerned about the large-scale human displacement and long-term ecological impact of the dam. Some audience members in Sheffield and London, originally from the region of Three Gorges, were critical of Wang’s views on the Three Gorges and believed his points were too radical and biased. Wang was quite open to different voices and engaged with opposing views. The Q&A discussions and debates during the tour embodied the social engagement and free expression that Chinese independent films, as well as the tour, endeavor to facilitate. 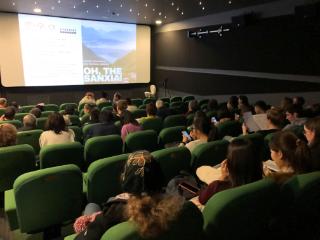 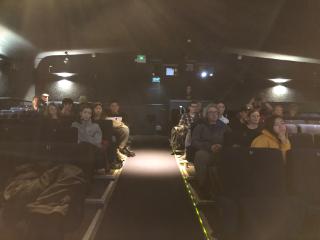 According to our survey, average rating of the tour was 4.5 out of 5, a high rating. Audience responses show that the tour changed their views on environmental problems and made them take action. One viewer stated in the questionnaire for Plastic China that

Shipping it [plastic] across the world and allowing it to be ‘recycled’ in such bad conditions to the people and for the environment is not the right solution. The documentary has enlightened me; firstly to try to make effort to use less plastic and secondly to write to my MP to raise the issue and try to address it.

The tour also made audiences aware of new issues. One audience member left the following feedback after watching The Next Life and A Second Child:

(I know) the scale of the problem I didn’t know about the lack of emotional/psychological support offered by the national and/or local authorities.

The tour also allowed audiences to achieve a deeper understanding of China. One audience member said after watching Oh, the Sanxia,

We went along from Chonqqing to Three Gorges Project in 2007. I’m appalled that money is put into private hands rather than improving conditions for people, especially when the money was raised by the people.

Some audience members thought that the documentary film generated a more powerful and pervasive impact, for instance,

“I knew the situation, but the film made it much more real”.

Quite a few surveyed audience members expressed that they found the tour informative, immersive and that it made them to think more about environmental issues afterwards. Many of them used the terms “emotional” and “overwhelmed” to describe their feeling after watching these films. 92% of attendees stated they definitely would see another Chinese independent film. This is a very positive indicator that indie cinema audiences do have an interest in this subject matter and are receptive to trying something new.

The majority of responses from audience members were very positive, with the main responses being those of: surprise and enlightenment and having learning something new; shock and sadness at the subject matter; and interest in or a feeling of being informed by the films and subsequent discussions. 70% of audience members surveyed said they specifically learnt something new by attending Earth in Crisis. The tour has also attracted attention from the film industry. Raindance Film Festival contacted us as they want us to recommend future Chinese indie documentaries to their film festival; Journeyman Pictures contacted us as they wanted to explore the possibility of distributing one of the films we showed in the tour.

8 Nov, 5:45pm, The Next Life + A Second Child plus Q&A with filmmaker Fan Jian, Tyneside Cinema in Newcastle

12 Nov, 6pm, The Next Life + A Second Child plus Q&A with filmmaker Fan Jian, Lakeside Arts in Nottingham

14 Nov, 6:30pm, The Next Life plus Q&A with filmmaker Fan Jian, Bertha DocHouse in London