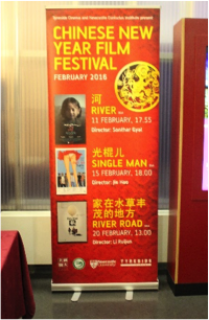 In celebration of Chinese New Year 2016, a Chinese New Year Film season was curated by Sabrina Q. Yu, in collaboration with Tyneside Cinema and Heaven Pictures (China), sponsored by the Confucius Institute at Newcastle University. The Film season, which took place between the 11th and 20th February 2016, introduced the UK Premieres of three award-winning Chinese Art-house films. The three Chinese films focused on the outer margins of Chinese society and offered a rare glimpse into contemporary China. Audience turnout was high, attracting film lovers from all around Newcastle, from the local Tyneside Cinema audience to University students and staff.

The first film, River , was screened in the evening of 11th February. Based in Tibet, River is a moving story told through the eyes of a young Tibetan girl struggling to understand the mounting troubles of her shepherd parents. Starring talented Yangchan Lhamu as the young Yangchen Lhamo, the film covered three seasons and uncovered the historical and cultural wounds behind three generations of father and child in a Tibetan family. With a strong attendance, River was the opening film of the Chinese New Year Film Season. A good dozen attended the discussion afterwards in the Tyneside Bar Café. Many commented on the style of the Director, Sonthar Gyal, and enjoyed the significance of this rare look into the life of a traditional Tibetan family.

The second film, Single Man, screened on 15th February in the evening, is a 2010 comedy by Jie Hao which was set in the northern Chinese village of Hebei in the present day where the men outnumber the women and struggle to marry. One man, Lao Yang, sought to tackle this problem by having an affair with the girl he was forbidden to marry as a young man; even though she is now the middle-aged wife of the village head. This film received many laughs and everyone thoroughly enjoyed it.

And last but not least, in the afternoon of Saturday 20th February, River Road, 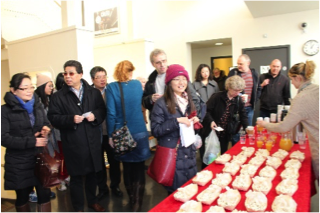 a film by Li Ruijun, screened at Tyneside Cinema. Very well attended River Road told the story of two young brothers and their journey travelling on the Silk Road in search of their parents who had moved to find pastures in the distant grasslands for the family herd. Their journey, powered by dreams and anxiety, became a search for their identity as Yugurs. The film is an elegy of the disappearance of ethnic minorities and the destruction of nature. River Road was extremely well-received by 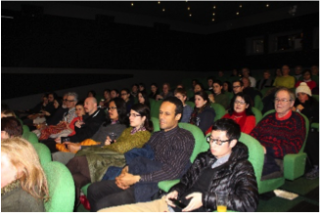 the audience, one member of the public calling it ‘beautiful and captivating’ and another describing it as ‘engrossing and memorable’.

The Chinese New Year Film Season presented an exciting and unique opportunity for the Newcastle audience to experience Chinese Cinema at its finest, and to gain a unique insight into a rapidly-changing country.