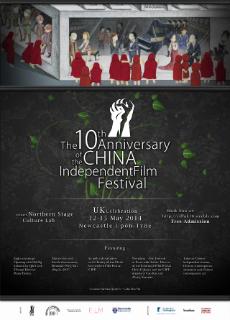 The China Independent Film Festival (CIFF) is one of the longest-running and most important independent film festivals in China. The 10th Anniversary of the CIFF UK Celebration took place between 12 May 2014 and 15 May 2014 in Newcastle and then toured to Nottingham (16th-18th) and London (16th-17th). It was organized by the CIFF and the University of Newcastle, in partnership with the University of Nottingham and the China Visual Festival.

The celebrations centred on the retrospective screening of 15 CIFF award-winning films, including documentaries, fiction features and animated shorts, and post- 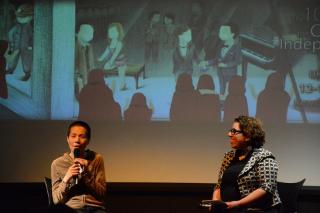 screening Q&A with the directors or festival curators. In addition to the film screenings, the celebrations also featured an archival exhibition of posters, video clips, photos and other materials from the past ten years of the CIFF, a workshop – Film Festival in Focus – that brought together film festival curators, filmmakers and film scholars from both the UK and China, and a number of talks and a master-class with director. 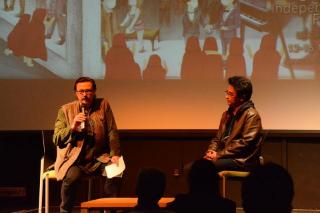 The celebration events were well attended with nearly 500 cumulative audience including students, staff and the general public both locally and nationally. Post-screening Q&As, talks and master-class, chaired by the colleagues from Film or East Asian Studies at Newcastle, went very well with lots of intriguing and meaningful discussions and dialogues, with the help of professional simultaneous or consecutive interpretation from Translation&Interpreting students in School of Modern Languages. The archival exhibition at the 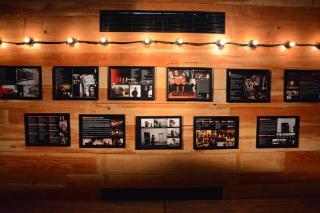 Northern Stage offered an insight into the history of the CIFF for the first time which, in one viewer’s words, provides an excellent resource for further research in the field. The selection of the films, the programme and the organisation were highly praised by audience, as evidenced fromthe survey. At the opening evening, Mr Cao Kai mentioned this was the first time ever that the CIFF travelled abroad and will be recorded in the CIFF history. At the workshop ‘Film Festival in Focus’, 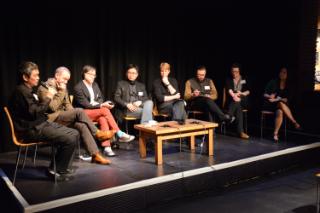 The event was widely publicised through its official website (http://ciffuk10.weebly.com), facebook, twitter, vimeo, student magazine Courier, mailing lists, and local/national media. One Tweet put up by the university press office about the event was one of the most popular Tweets for the week of 9 May. A large piece of an interview with one of the organisers Sabrina Q. Yu appears in the Journal. The event was also covered in the Northern Echo. A website was set up by Sabrina Yu to kepp a record of the event and the digitalised exhibition material.

The film festival showcased a collective effort from the colleagues/students in Film Studies, East Asian Studies and T&I. It was contributed by a team of 25 volunteers, mostly postgraduate students based in the Schools of Modern Languages, the Media and Film Studies, and Sociology. The success of the 10TH Anniversary of the CIFF UK Celebrations in Newcastle marked not only an important moment in the story of the CIFF, but may well have announced the emergence of a new home for Chinese independent film in the north east of England.

And a collection of short animations.